That Word You Heard: Penitentes 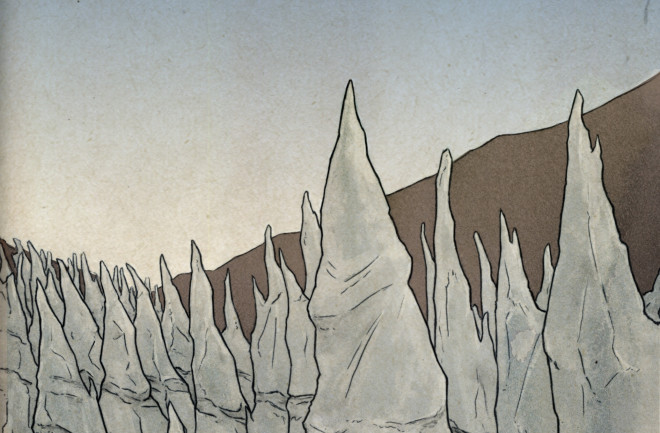 If you speak Spanish, this word’s religious meaning is clear: penitent, or repentant. In scientific circles, though, penitentes are jagged snow formations, named after their resemblance to the white, pointed hoods once worn by some Catholics in Spain.

Researchers believe they form in snowy areas where it’s sunny but still cold, like mountain peaks in the summer. Because of the dry, cold air, any snow that warms too much doesn’t melt; it vaporizes. While other factors may also play a role, it’s this vaporizing that whittles the remaining white stuff into the characteristic points of penitentes.

Earth might not even be the only place you could spot them. Astronomers suspect that both Pluto and Jupiter’s moon Europa have their own versions of the peaks.