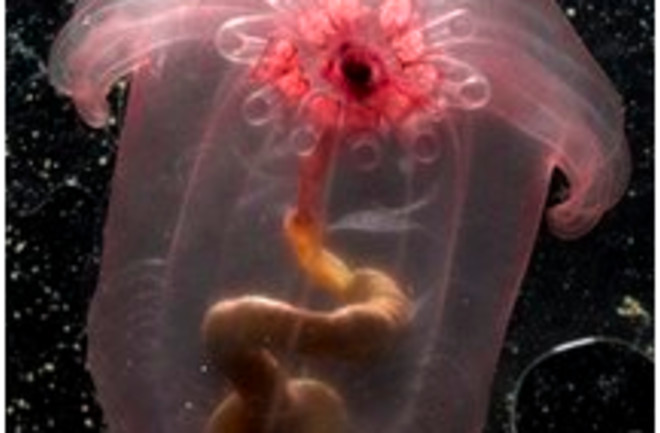 The Census of Marine Life's latest report is a doozy. It includes ~5,600 new species in addition to the 230,000 already recorded. Scientists hope to increase the figure by thousands before the census is done in October 2010. In the tally, researchers have cataloged 17,650 species below a depth of 656 feet (where sunlight ceases):

"The deep sea was considered a desert until not so long ago; it's quite amazing to have documented close to 20,000 forms of life in a zone that was thought to be barren," said Jesse Ausubel with the Alfred P. Sloan Foundation, a sponsor of the census. "The deep sea is the least explored environment on earth."

The poster critter of the expedition is, of course, a very charismatic sea cucumber called Enypniastes. At 2,750 meters deep in the Northern Gulf of Mexico, it has many tentacles and sweeps sediment into its mouth. What a little beauty!