Systemic Racism Affects Wildlife, Too: A Q&A With an Urban Ecologist

"We need to understand the profound impacts that racial inequality, systemic racism and social injustice have on shaping our natural landscape." 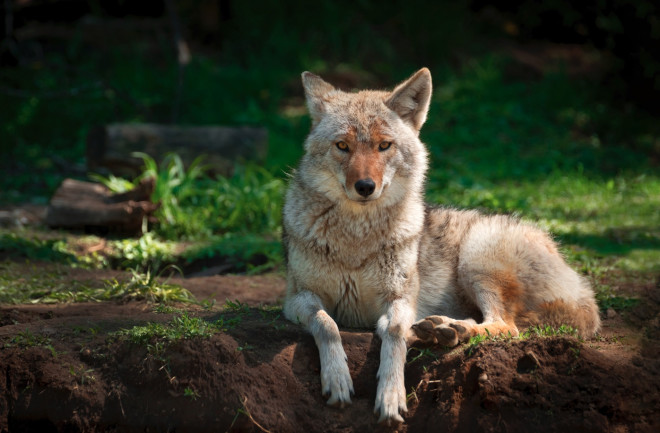 This article appeared in the March/April 2021 issue of Discover as "In the Company of Coyotes." Support our science journalism by becoming a subscriber.

What makes the country mouse different from the city mouse? Christopher Schell is a wildlife ecologist who has been curious about this dynamic his entire career. Though he specializes in coyotes instead of mice, the question remains the same. Schell, an assistant professor at the University of Washington Tacoma, is also part of a growing roster of scientists exploring how structural racism, segregation and poverty play a role in shaping the behavior of urban wildlife.

Though this aspect of urban ecology is still in its infancy, Schell is taking an interdisciplinary approach to better understand the future of ecosystems in cities — all while encouraging more scientists of color to join the field.

I’m from Los Angeles, and seeing coyotes in the street — raccoons as well, even deer — was pretty common. But I didn’t know anybody who was an ecologist; I didn’t know anybody who was a professor. I thought that I was going to be a veterinarian. But when I went to college, I had the opportunity to have so many experiences related to ecology, conservation and animal behavior. I had this immersive experience that allowed me to do my own research with spiders in the Dominican Republic. I was researching two species, a tarantula and an orb weaver, that lived near the townships that we students were staying in. Thinking about how their behaviors differed in their different environments was really interesting to me. This idea has been driving me ever since.

Q: What are you working on now?

A lot of the work I do now is trying to understand within-city variation [variation from neighborhood to neighborhood within the same city]. Most of the organisms that live across socioeconomic gradients experience different environmental stressors.

Industries disposed of pollutants in the most impoverished neighborhoods where many Black and brown communities were relegated during the redlining of the early 20th century. Cancer Alley [in Louisiana] is perhaps the best example of a place where you have so many petrochemical industries close to predominantly Black communities. My work now looks at how those different historical and contemporary processes have biological impacts. This includes thinking about how an individual animal’s behavior is influenced by what neighborhood they live in, all the way up to the community level. Even up to the global level, I’m thinking about how racial and economic inequality are detrimentally affecting our planet.

Q: You mentioned redlining — can you explain that a bit?

Redlining was a federal program from the 1930s to 1968. The government mapped out cities and put red lines around neighborhoods that they deemed hazardous. The result was to segregate where Black and white people and Black and Latinx people would live in cities.

Q: How does your research with coyotes and other urban wildlife tie into all this?

When I’m thinking about how different inequities in the landscape may influence different animals, I instantly start to think about how different communities interact with the organisms, and whether or not the habitat conditions are able to support those organisms. Species like raccoons or squirrels or rats are found in many different regions of the city regardless of the wealth of regions. So then we can start to interrogate the mechanisms that influence behavior. One of the biggest mechanisms is likely diet.

You can imagine that the diet of a raccoon that lives in a wealthier neighborhood with a lot of vegetation is going to be closer to what a raccoon would eat in a non-urban environment, because that habitat can sustain a greater diversity of species that the raccoon would eat. You likely would see that raccoons that live in those areas tend to eat more natural food: berries, invertebrates, stuff like that. In the alternate direction, you may expect in low-income neighborhoods where there is less vegetation and less species diversity, they may be eating more anthropogenic food subsidies — that is, people food.

The alternative, though, could be that in these wealthier neighborhoods, even though the resources exist for animals to eat more natural foods, they still may be eating more food subsidies and that may be influencing their behavior.

Q: So how does an animal’s diet impact its behavior?

Our leading hypothesis is that food influences many physiological mechanisms that are connected directly to behavior. Think about the old adage that you are what you eat. Imagine if you wake up in the morning and you eat eggs and toast for breakfast versus if you eat a bowl of Lucky Charms. You know you’re going to be hungry 30 minutes after you eat that bowl of Lucky Charms, but with the eggs and toast, you may be good until at least noon.

Q: You’ve done studies that found coyotes become bolder around humans over time. Can you talk about that research?

Our biggest study, published in 2018, was about coyote puppies and how their parents’ experience with people over time translates into changes in the puppies’ behavior. We studied captive coyotes at the facility headed by the National Wildlife Research Center, and found these drastic behavioral differences between a coyote pair’s first and second litter of puppies.

Puppies that were in that first set of litters tended to be less bold; they were less likely to eat food in front of a human observer. By the second litter, puppies at that same age just didn’t care. By the time they were 15 weeks old, they were starting to eat food while the observer was walking out of the pen.

Q: So you found subsequent generations of puppies become bolder as their parents become more accustomed to humans?

Right. You can imagine, if a puppy is using its experiences to navigate its environment and there’s no disadvantage to getting slightly closer to a person in order to gain the reward of more food, then those developmental experiences will persist into adulthood. One of our upcoming studies looks at those coyote litters a year later and sees whether or not those behaviors hold over time. The short answer is yes, they do.

Q: Beyond diet, what are some other examples of how different neighborhoods can impact wildlife?

There are different ways. For one, redlining has affected transportation infrastructure, which influences where the density of cars, and therefore wildlife-vehicle collisions, are.

This begs questions like, if you increase transportation infrastructure — public transportation in particular — for disenfranchised or marginalized communities, do you see decreases in collisions? What about reductions in air pollutants?

The number of questions we can ask are endless, but honestly, people haven’t been thinking about them before because the folks who have been asking questions, the majority of the time, have been older white men. They’re not living in the parts of the city that are being the most impacted by these landscape-level effects.

Q: How can ecologists set out to answer those questions?

One of the biggest recommendations we make is reconsidering the way we conceptualize urban conservation. Same goes for just conservation generally. We need to understand the profound impacts that racial inequality, systemic racism and social injustice have on shaping our natural landscape.

There are several studies that show the influence of economic inequality on biodiversity loss. When thinking about the ways in which we do our research, how we think about conservation, or connections between natural world and the social world, they’re not silos. And that’s something that needs to fundamentally change before we don’t have the ability to change it.

Q: As a Black scientist, do you experience racism in the field?

Normally, I’ll go out with other people, either with my students or staff. Having folks come with me is fantastic, but also provides some backup — to know that I have somebody watching me while I’m out in the field because of the fact that we could feasibly have run-ins with police. That’s happened before.

Before I came out to University of Washington Tacoma, I was doing my post-doc at Colorado State University with Lisa Angeloni and Stewart Breck. One time when I was out in the field with Stewart, we were trapping and collaring a coyote pretty late at night. We were getting his vitals while he was anesthetized, putting the collar on, collecting hair samples for hormonal analysis. As we’re processing the animal, a car is slowly rolling up on us and then turns on their incredibly bright lights.

We eventually find out, this is a cop and he’s curious about what is going on. But we had just anesthetized the animal — it can wake up if it senses any sudden movements or sounds. So we have an animal on the table, and we’re thinking, Please, just ask us the question, turn off the lights and keep it moving. Luckily, the cop was like, “I’m really curious, what are you guys doing?”

Q: Is it hard to recruit Black scientists to ecology and biology?

It may be better than it used to be, but we have so far to go. There’s more interest because there’s more representation — there’s more people that look like me in the field — but even with more candidates, there still may be barriers that are systemic. We can pique interest, but if we don’t work on the systemic barriers that constrain certain folks from participating in the field, then the change is going to remain very slow.

I grew up in Los Angeles and I grew up around Black communities, and being familiar with and comfortable in these communities is something that I think is a strength for Black biologists. It’s a great way for us to also increase our representation in our field, which I revel in. Working more in that concrete jungle is a form of ownership of a field that Black scientists have been contributing to, but sometimes are not seen in the pages of our textbooks. It’s us being able to very legitimately take back that narrative of conservation and ecology by understanding the city in ways that say, when urban ecology first started, the majority-white scientists weren’t necessarily thinking about.

In the 1930s, the United States Home Owners’ Loan Corporation (HOLC) established a system to give lenders a way to rank a neighborhood’s risk for investment. Those neighborhoods designated as “minimal risk” were colored green on maps and graded A, while lowest-grade D neighborhoods were shaded red and deemed “hazardous.” The racial and ethnic identity of the people within those neighborhoods was a major factor in those risk calculations. An area with Black, Latino or ethnic minority residents would be shaded red, in effect denying those places access to business and home loans for decades. This practice, later dubbed redlining, was a key drivers of segregation and concentrated poverty in cities.

Where there is wealth, there are other resources, particularly more green space from lawns and parks, and wealthy neighborhoods are less likely to bear the burden of pollution. All this affects not only the humans of a city but the wildlife as well. Understanding that impact is a growing research area of urban ecology.  — L.S.

Leah Shaffer is a freelance science journalist based in St. Louis.