It took plants about 500 million years to evolve the ability to turn leaves into petals. Martin Yanofsky, a developmental biologist at the University of California at San Diego, duplicated the feat in just over a decade— a milestone in plant genetics.

The first step toward success came in 1990, when molecular biologists identified three plant genes called ABC. Without them plants produce leaves in place of petals, but further tests showed ABC alone can't cause flowering. Last year Yanofsky and his colleagues identified SEP, a complementary set of genes that seemed to regulate the transformation of leaf into petal. They recently proved that ABC plus SEP contains the full genetic recipe for blooming by creating a reengineered Arabidopsis plant. "All of the leaves look exactly like normal petals," Yanofsky says.

This work may have more than theoretical implications. "If you switched the genes on in any flowering plant, you'd have petals all along the stem the same color as the bud on top," says Yanofsky. Such super-flowers might be useful for producing pigments and perfumes, or simply for upping the ante on Valentine's Day. 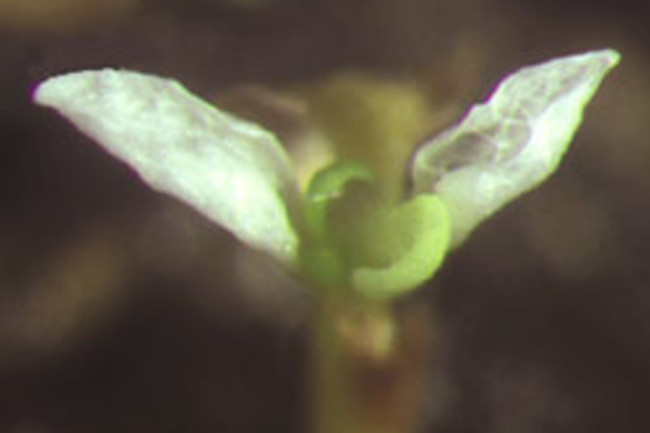 Engineered genes tricked this plant into making a leafy flower.Courtesy of University of California at San Diego