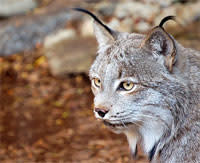 The most comprehensive analysis yet of African genetic diversity was rightly hailed as "profoundly impressive" by Daniel MacArthur of Genetic Future. By looking at 2,400 people from 113 African populations, Sarah Tishkoff has "done justice to the sheer scale of the genetic diversity within the African continent."

The Scandal of the Week award goes to pharmaceutical company Merck and publishing house Elsevier, following news that the former paid the latter to produce six fake journals promoting their drugs. Janet Stemwedel considers the story and the difference between fake journals and just plain bad ones.

PalMD wants to talk to you about syphilis

Martin Robbins the Lay Scientist discusses the siege conditions facing British sceptics following the ruling in the case of Simon Singh vs. the British Chiropractic Association.

The Onion takes the piss out of bloggers and I lap up every satirical word.

Alex Wild's tenure at Photo Synthesis is coming to an end. More's the pity, given stunning photos like this series of South African flies mugging ants for food.

Frank the SciencePunk challenged his Twitter followers to give him two unrelated topics to blog about. The result: a four-paragraph opus on cheese and Mars, with some time-reversal technology served on the side.

Dr Isis's Letters to Our Daughters Project deserves your attention support. Female scientists tell you about their experiences.

Chris Chatham covers fascinating research which suggests that taking a step back can, quite literally, improve your mental control.

That gentle sobbing you hear is the lamentation of Vaughan Bell at Mind Hacks as he reads a beautifully ham-fisted piece of popular neuroscience in the Sunday Times, which has "at least virtually every type of slip-up in one handy place". Learn how not to do it.

Could aspects of our culture be partially encoded in our genome? Mo from Neurophilosophy writes about new research which suggests that the universal grammar of birdsong is genetically encoded.

Mistletoe: not just an excuse for drunken smooching, but a successful sci-fi-worthy parasite. Christie has the details.

Skeptical blogging, especially among the medical sciences, is a crowded arena, but there's always room for new contenders if they write as well as Whitecoat Tales, the medical student behind the relatively new Beyond the Short Coat blog. Come for the scepticism, stay for the stories.

And finally, have a go at destroying humanity by playing as a pandemic infection. But beware Madagascar, an unlikely stronghold.