A tiny fish common in European streams may learn in a more sophisticated way than has ever been recorded among animals and which mimics human learning. In a study published in the journal Behavioral Ecology, scientists found that the nine-spined stickleback fish used the success and failures of their peers to gauge where they should seek food. The fish were shown to display a type of learning known as "hill-climbing," in which an entity continually looks for a better solution to a problem; in this case, one fish copied others that were more successful in finding food. Researchers caught 270 nine-spined sticklebacks in Leicester, England. The fish were organized into experimental groups. These fish groups then took turns as either free swimmers in a tank with worm-yielding feeders at the end, or as "learners" in a transparent, partitioned-off area of the specially designed tank. One of the two feeders released more worms than the other

The first group of free-swimming fish quickly learned which feeder was full of worms, and were then put into the observers' chamber. Next, researchers switched which feeder held the worms, and the fish in the observation tank watched the next fish group identify the new worm-filled feeder. After switching the two groups of fish again, the original group made a beeline for the feeder full of worms that their peers had fed from. This experiment shows that

many of [the fish in the experiment] could compare the behaviour of other sticklebacks with their own experience and choose which fish to copy in order to find more food [BBC]. Scientists say that this learning method is optimal for humans, too, and this skill might be expected in animals more closely related to humans.

Co-author Jeremy Kendal said: "Small fish may have small brains but they still have some surprising cognitive abilities. These fish are obviously not at all closely related to humans, yet they have this human ability to only copy when the pay off is better than their own

" Researchers say it's likely that these fish developed this learning ability as an adaptation to their local environment, and

may have become so clever simply because they need to be in order to survive. The

small fish, which measures less than three inches long, has had to evolve to be cleverer than other fish because it is a prime target for predators, making the journey to find food precarious [Telegraph].

Related Content: 80beats: Do Tricky Monkeys Lie to Their Companions to Snag More Bananas? 80beats: Not So Bird-Brained After All: Rooks Make and Use Tools 80beats: Mockingbird to Annoying Human: “Hey, I Know You” 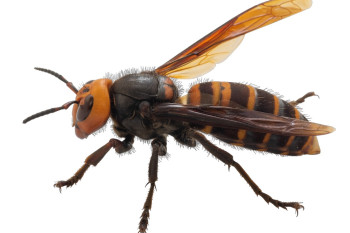