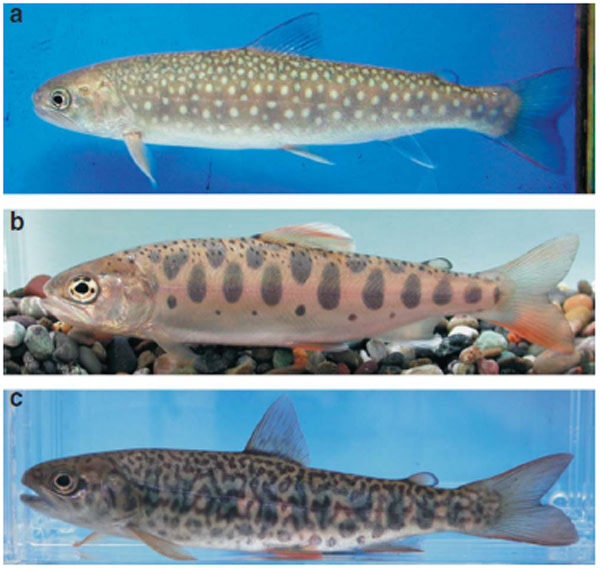 What happens if you cross a fish that has white spots on a black body with another fish that has black spots on a white body? You might think that you’d get a fish with a single uniform colour, or one with both types of spots. But the hybrid’s skins are very different and far more beautiful. It does not inherit its parents’ palettes, overlaid on top of each other; instead, it gets a mesmeric swirl of black and white that looks like a maze on its skin. To understand where these hybrid patterns come from, you need to look at how fish decorate their skins in the first place. These patterns can be very complicated, as even the briefest swim through a coral reef will tell you, but they also vary from individual to individual – one trout will have a slightly different array of spots to another. These differences tell us that intricate patterns aren’t stamped onto a fish’s skin according to a genetically encoded blueprint. They’re living patterns, generated through a lively dance between a handful of molecules. The mystery of animal patterns really started to unravel in 1952, thanks to the work of Alan Turing, the English code-breaker, mathematician and computer scientist. Turing proposed a simple mathematical model where complicated patterns can be produced by just two molecules – an activator that produces a pattern, and an inhibitor that blocks it. Turing explained their partnership in terms of a slightly imperialistic analogy involving cannibals and missionaries living on an island. The cannibals (standing in for the activators) can produce more of themselves, but they can also be converted to missionaries (playing the role of inhibitors). The missionaries, being celibate, can only make more missionaries by recruiting cannibals. On a small island, you’d eventually end up with a stable mix of the two. But the people on the island aren’t just standing still. They move about, and the missionaries can do so faster because they have bicycles. This changes things. Cannibals bolster their own numbers through sex, so in the immediate area, their populations grow. Some of these extra cannibals might get converted to missionaries, who would cycle off to further parts of the island. This means that the far reaches of the island become saturated with missionaries, who convert the cannibals there. Close by, cannibals increase their own numbers. Far away, they actually inhibit themselves by producing missionaries. The two molecules on a fish’s skin interact in the same way. The activator reinforces itself at a short distance but further away, it’s blocked by the inhibitor. These simple rules can produce very complicated patterns, and this brilliant Java applet shows you how. Try playing with different speeds and colours to produce cheetah-like spots or fingerprint whorls. You can enter different numbers into the “diffusion constants” boxes to determine how quickly the cannibals and missionaries are moving. Note that you get very different patterns depending on these speeds, and that stable patterns only emerge if the second number is higher (i.e. if the inhibitor spreads faster than the activator). These unpredictable “reaction-diffusion” patterns explain why different animal individuals end up with slightly different body patterns. For example, individual tigers have unique stripes. It also explains why some patterns change dynamically as animals get older – they are living patterns produced by the ongoing tango between the activator and inhibitor molecules. Take the semicircle angelfish – in 1995, Japanese scientists led by Shigeru Kondo showed that as the three-striped juvenile grows, its original stripes grow further apart until new ones form in the widening gaps. The adult stripes aren’t just stretched versions of the young ones; many of them are drawn from scratch, in a way that Turing’s model exactly predicted. In 2007, Kondo’s group found that patterns on the skin of a zebrafish would reform after the skin cells were killed with a laser. But these new patterns weren’t based on the old ones. They were drawn afresh as the relevant molecules drifted back into the dead space and interacted with each other once again. So what happens in a hybrid of two species, whose activator and inhibitors move at different paces? Kondo is back with an answer. Using software based on Turing’s predictions, lab member Seita Miyazawa worked out what would happen if a fish like a char that has ‘white-spots-on-black’ mated with a salmon or trout that has ‘black-spots-on-white’. His model predicted that the offspring would have a maze-like ‘labyrinthine’ pattern. And so it does. Breeders have often mated species of char and salmon and every single combination produces a youngster with labyrinthine patterns, confirming the predictions of Miyazawa’s software. This pattern-blending phenomenon probably happens a lot in the wild. Many speciesof fish with maze-like patterns are closely related to others with dark spots on light backgrounds or light spots on dark backgrounds, and many angelfishes with similar patterns turned out to be hybrids of related species. This might once have been a controversial idea, but we now know of many examples where new animal species have developed from hybrids. A Caribbean fruit bat is a fusion of three separate ancestors. An asexual American lizard is a hybrid of two related species. If hybrids can look so radically different to their parents, they might find it hard to mate with normal-looking members of their ancestral species. That would isolate their genes even further, leaving them to chart their own evolutionary fate. 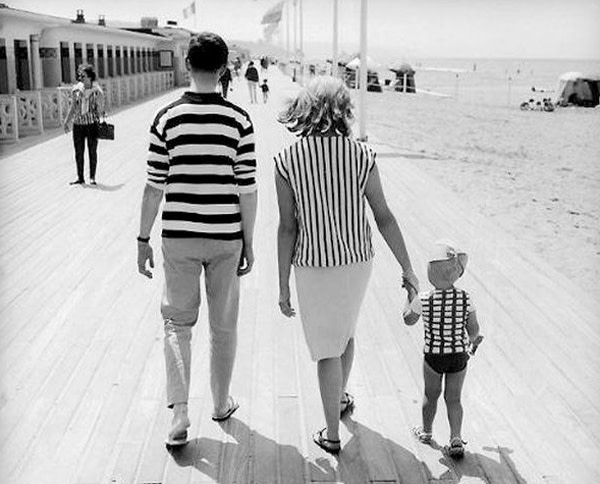