This is Tyson, a male leopard and one of the last animals we saw on our South African safari. We only took headshots of him but immediately, you can see that he's stockier and more powerfully built than Safari, the female leopard that I showed photos of a few weeks back. Tyson, earning his name, probably weighs around 80kg or so.

And yet while we watched, he pulled off a languid stretch that made him look for all the world like a giant house cat - paws outstretched, maw agape and back arched in a graceful curve. 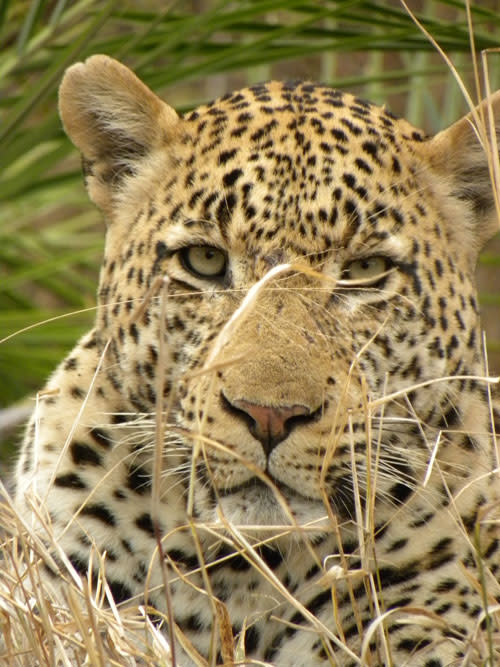 As he walked off, he marked his territory with a scent gland on his rump. I'm told that leopard scent markings smell rather a lot like popcorn, leading our guide to advise us, "If you smell popcorn during the drive, please tell us and stay inside the jeep."