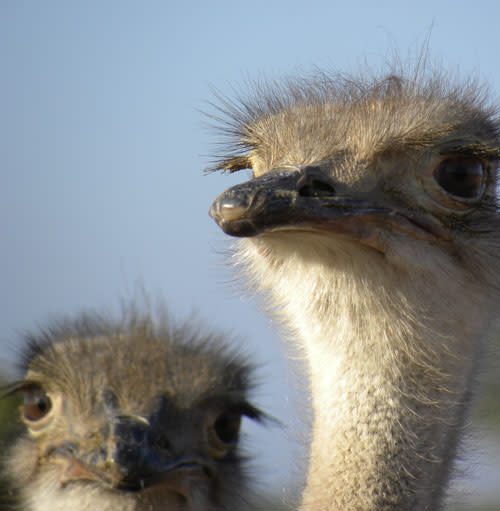 A few years back, I was in a zoo looking at some ostriches. The man standing next to me was imparting knowledge to his children with tremendous pomp and circumstance, telling them about all things ostrich. He noted that despite their comical appearance, they are very powerful birds. So far, so good. He said that they had a powerful kick - also accurate. He said that they have a sharp, retractable claw on each foot that they can use to disembowel lions. No... that's Velociraptors.

Perhaps I'm being too harsh. Ostriches, being the largest living birds, are formidable indeed and their toe claws are dangerous weapons.We saw these animals at a farm in South Africa where we stayed for a night. They're a mix of females and young males (who only develop the striking black plumage later on in life). 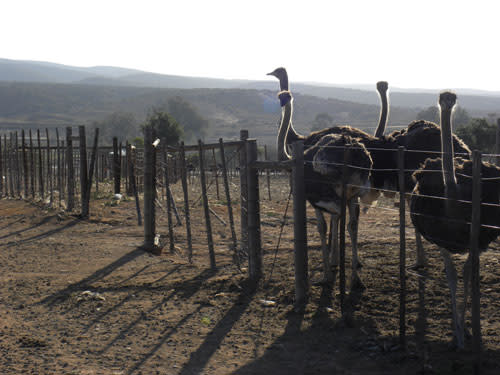 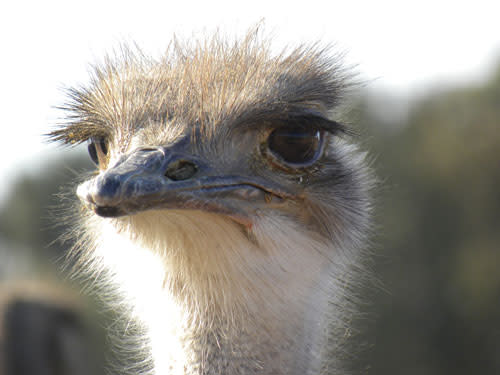 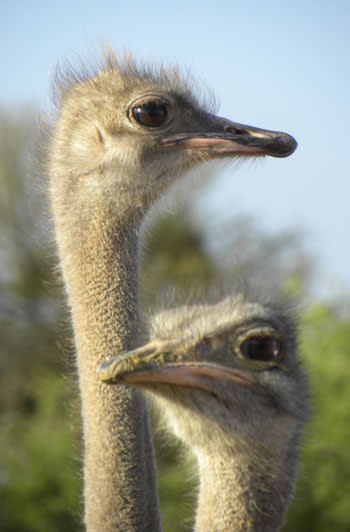 And these are the incredibly cute chicks, just a few weeks old. They hatch from the largest eggs of any bird, and ostrich farmers make a nice trade in turning the eggs into decorative ornaments. Light fixtures are the most common ones. The holes made by the emerging chicks are just about the right size to sneak a light bulb through, and the shell's tough enough to carve intricate shapes and patterns onto. 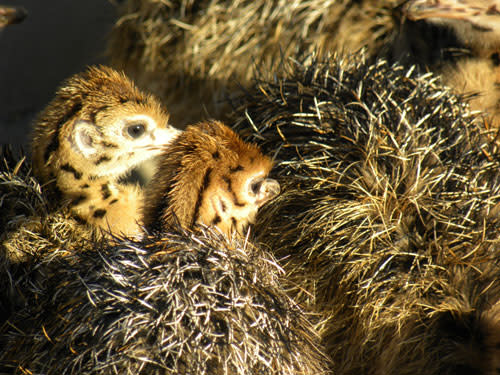 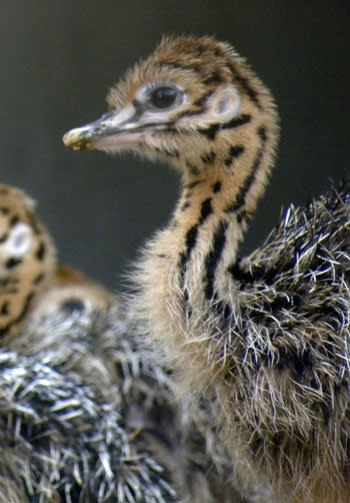