Some Animals Use Iridescent Colors to Communicate

New research offers insight into the colorful world of communication in the animal kingdom. 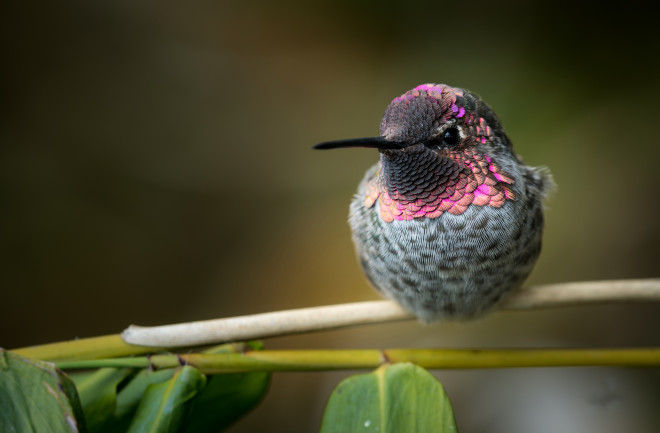 Iridescent colors in animals, like the shimmering hues of this hummingbird’s feathers, have long entranced humans. The colors we see partly depend on the angle they’re viewed from, though, which is why some species have developed unique adaptations to get the right message across.

According to a March study in Trends in Ecology and Evolution, researchers at the University of Melbourne suggest that animals with iridescent color patches can only use them as reliable signals by pairing them with certain structures or behaviors. For example, male Anna’s hummingbirds position their opalescent throat patches during courtship rituals so that females perceive them as bright pink. Vibrant rose-red head feathers, meanwhile, may show rival males that they enjoy protein-rich diets.