It's Wallace’s giant bee, and it's giant. 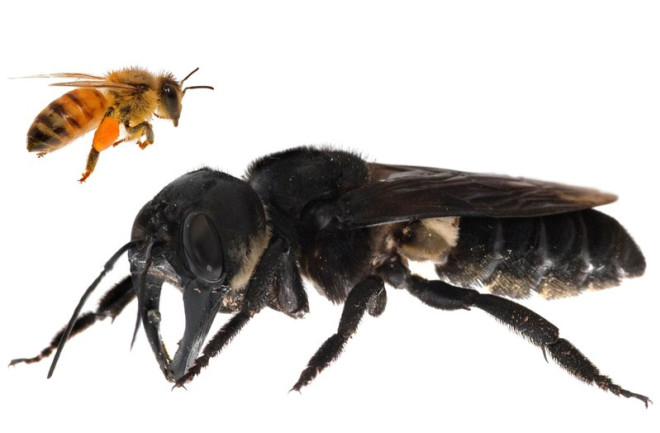 What a bee! Lost to the science since 1981, the world’s largest bee (Megachile pluto) has been rediscovered on an island in Indonesia.

Its non-scientific name is Wallace’s giant bee, named for British entomologist Alfred Russel Wallace, co-discoverer of the theory of evolution by natural selection … and giant it is! With a 2.5 inch wingspan, this beast of a bee towers over its more familiar brethren. The female is pictured here — males of the species are smaller, something not uncommon for insect species.

The bees make homes for themselves inside termite nests, walling themselves off from the insects with resin and other materials. Their large jaws come in handy here, put to use scraping the resin from trees to be rolled into balls and flown back to their nests.

Natural history photographer Clay Bolt has the distinct honor of being the first person to photograph a living specimen of the giant bee in decades.