SNAPSHOT: These 17 New Sea Slugs Show Life Really is Better Under the Sea 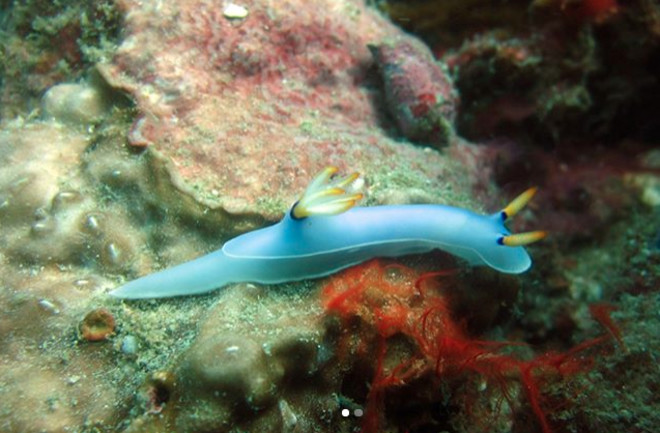 Seventeen new species of sea slug have been added to the nudibranch family tree courtesy of efforts from a group of researchers at the California Academy of Sciences.

These tiny underwater creatures come in a vast array of colors and patterns, and new genetic tools are making it easier for scientists to suss out subtle differences between species.

The Cal Academy team focuses on a sea slug genus called Hypselodoris. These images above show two of the new species described — Hypselodoris melanesica (blue) and Hypselodoris iba (purple), taken by academy curator and invertebrate zoologist Terry Gosliner, who is part of the team.

Gosliner has discovered over one-third of all known sea slug species – roughly 1,000 in all – and National Sea Slug Day (October 29) falls on his birthday to honor that contribution. The new findings were published in the Zoological Journal of the Linnean Society.

“Sea slugs have an arsenal of strategies for surviving, from mimicry to camouflage to cryptic patterns,” Gosliner said in a media release. “We’re always thrilled to discover new sea slug diversity. Because nudibranchs have such specialized and varied diets, an area with many different species indicates a variety of prey — which means that coral reef ecosystem is likely thriving.”