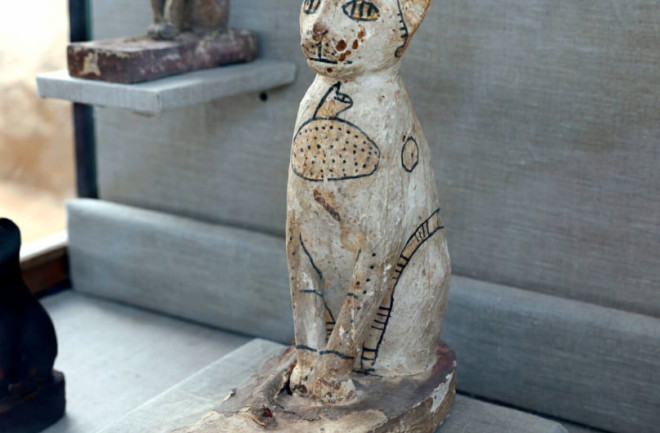 Tens of cat mummies have been uncovered near the Egyptian site of Saqqara, along with about 100 wooden cat statues gilded in gold and a bronze one dedicated to the goddess Bastet. Pictured here is one of the best preserved of the statues. In addition to the cats, rare scarab beetle mummies have also been found at the site, resting in linen wraps inside small limestone sarcophagi, along with numerous other findings.

The Egyptian Department of Antiquities made the announcement earlier this month weekend, and news of the discovery has spread through the media like wildfire. Archaeology fans should keep an eye on Egypt: Minister of Antiquities Khaled El-Enany promises to unveil two more new discoveries before the end of 2018.