Most poisonous snakes don't inject their prey with venom; instead, they bite the prey and venom insidiously trickles down a groove on their fangs into the wound. A new study in Physical Review Letters investigated the physics behind how venom travels down the grooves: It turns out that snake venom has unusual viscosity properties that keep it cohering together until it's time to flow down the fangs and into the snake's soon-to-be-snack---the same properties that account for how ketchup seems stuck in the bottle, then flows freely onto your fries. How the Heck: 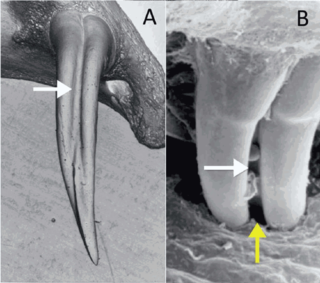