It's no accident that glowing eyes around a campfire make our hearts jump: Some fears are the lingering result of natural selection. 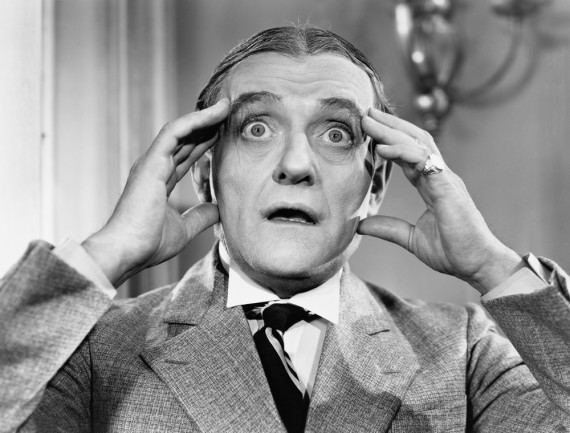 Are you deathly afraid of snakes? You can blame — or thank — your ancient ancestors for what could be a life-saving aversion to scaly serpents. In fact, many of our heart-stopping responses to nature are embedded in our genes from millennia of natural selection.

That’s the claim evolutionary biologist Gordon H. Orians makes in his book Snakes, Sunrises, and Shakespeare. Many responses to our environment, from the kinds of gardens we plant to the foods we enjoy, are an homage to the evolutionary forces that shaped humanity over time.

We’ve compiled six hazards in nature that Orians says we are genetically programmed to fear — and no, your in-laws didn’t make the list. 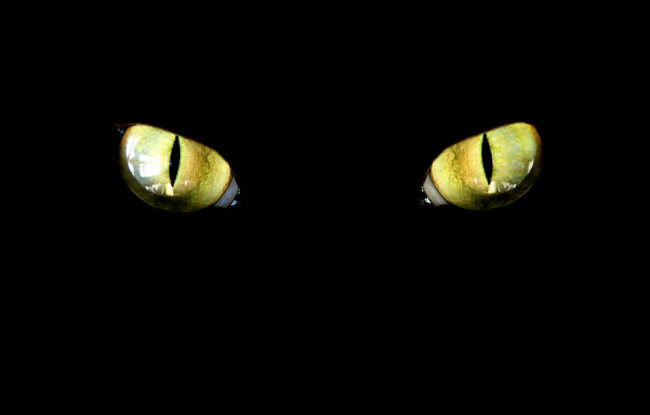 In study after study, in species after species, scientists have found that many animals pay special attention to eyes and eyelike forms.

Macaques have a special neural system that facilitates recognition of two facing eyes. Wild bonnet macaques recognize leopards better if they can see their facing eyes. Newborn human infants respond to a pair of large facing eyes by turning their heads. Even infants lacking head control react by withdrawing; preterm infants as young as 36 weeks old react to eye contact with strangers by stiffening their bodies and averting their eyes.

We most easily detect a vertebrate, particularly a mammal, and assess its intentions by looking at its face. We also respond to eyelike symbols, such as bull's-eyes. Automobile taillights designed as two concentric disks elicit much stronger physiological arousal (skin conductance, pupil dilation) than other taillight patterns. 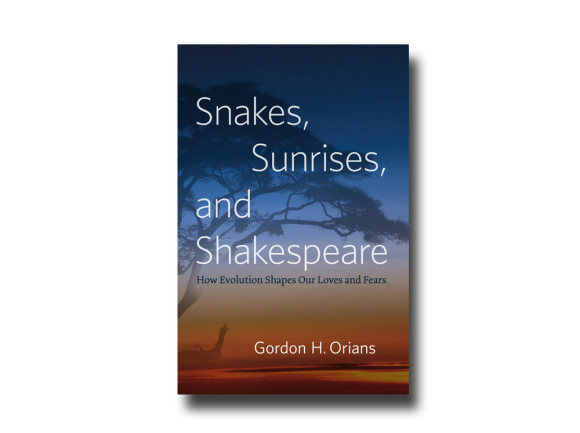 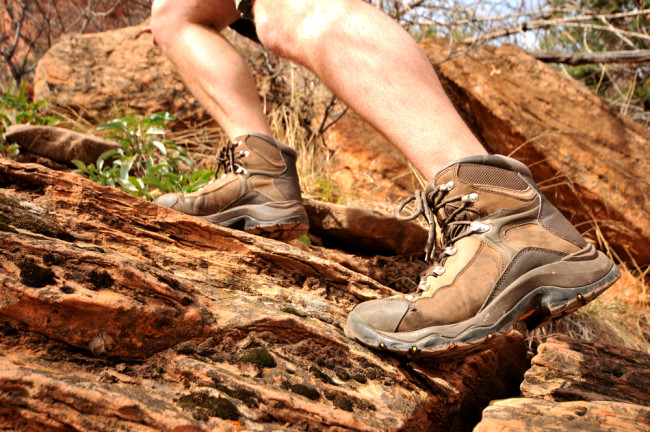 Many physical hazards are permanent features of landscapes. To avoid injury or worse, we need to remember the location of cliffs, waterfalls, rapids, and other dangerous features. It seems our brains may even be wired to exaggerate the danger, just in case we don’t get the message. We respond strongly and rapidly to some hazards because we have an inflated perception of the danger.

Consider the danger posed by uneven ground. We may fall when we move over an uneven area with vertical changes less than a meter. A simple trip can result in an injury that makes it harder to walk; falls of only a meter or two can produce serious injuries.

These risks would have been especially important when our ancestors were pursuing prey or escaping from enemies, or even when they had to cover a lot of ground while foraging to meet their energy needs. Even if a fall were not fatal, it could have serious consequences, leaving the injured vulnerable to predators or simply unable to find enough food. As we would expect, our perceptual system makes vertical surface irregularities seem larger than they are. 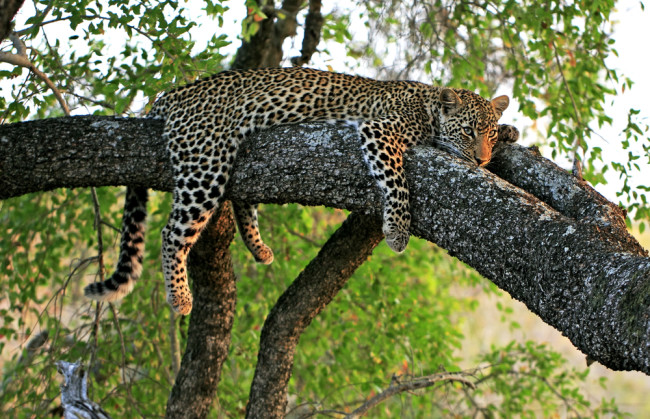 Large spotted cats have preyed on primates for millennia. Even today leopards cause many human deaths in Africa and the Indian subcontinent.

Leopard rosettes fascinate infants only seven months old. In a series of experiments in day-care facilities, infants and toddlers were allowed to handle four lightweight plastic jars. Each jar had yellowish orange paper with full-sized patterns of leopard rosettes, rock python patches, or scales pressed against its interior side and bottom surfaces.

Children poked jars with python and leopard patterns significantly more often than they poked plain and plaid jars. Richard Coss interpreted poking as an investigative action because children immediately stopped touching jars if they rolled over. 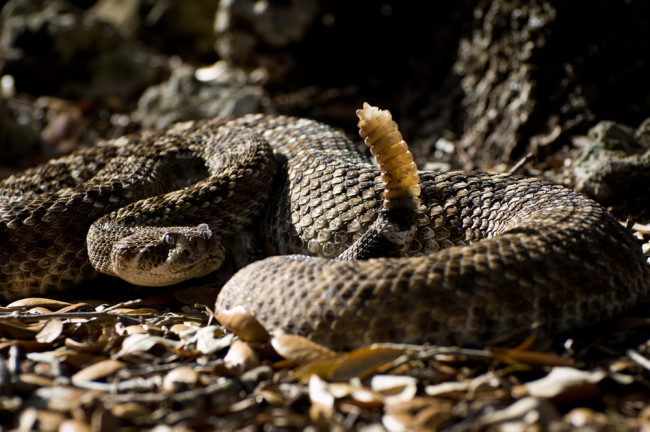 Our ancestors would have benefited from an ability to detect hidden, stationary predators from glimpses of only small parts of them. Special systems for distinguishing the patterns that provide camouflage — stripes, spots, complex patterns with crossing lines and many edges (tessellated patterns) — and for detecting their eyes would help. Research suggests that we do have these special detection systems.

Tessellated patterns are rare in nature but common among snakes. Yet, cells of the mammalian visual system are highly stimulated by such patterns. The system readily detects scale patterns in peripheral vision, where we are most likely to spot a snake. A checkerboard arrangement of textures presented close to where a person is looking generates more activity in our visual centers than a uniform texture. A diamond pattern produces larger neural activity in the visual centers of the human brain than a random dot pattern, a circle, or a triangle on a randomly textured background. 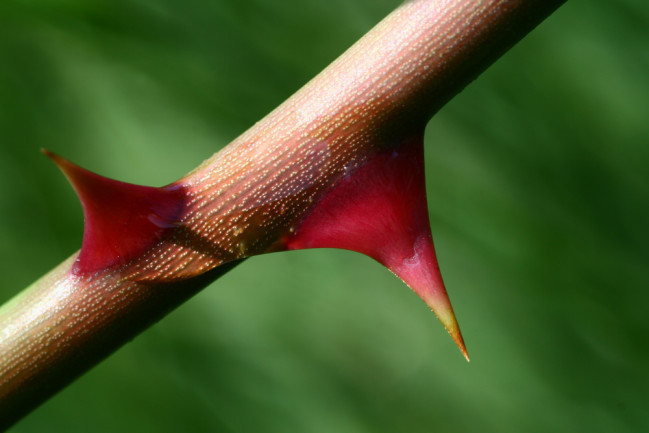 We have strong responses, both positive and negative, to pointed forms. African savannas are full of plants with sharp thorns. Most species of Commiphora and Acacia, which dominate vast areas of African savannas, have spines that can puncture our skin, feet, and eyes. Paying attention to those plants, especially during times of rapid movement, would have reduced the chance of injury.

Richard Coss videotaped walkers and joggers as they passed two plants positioned on each side of a path in the arboretum of the University of California, Davis. The “provocative” plant, a Spanish dagger (Yucca gloriosa), has long, dagger-shaped leaves that radiate from a central stem. The “safe” plant was a similar-sized crape myrtle (Lagerstroemia indica) with rounded leaves. Coss switched locations of the plants halfway through the experiment.

We might have expected them to avoid the dagger, but both walkers and joggers favored the side of the path where the dagger was located; they passed close to it. Coss explained this surprising result by suggesting that paying attention to the dagger might help joggers remember its location and be less likely to run into it in the future. 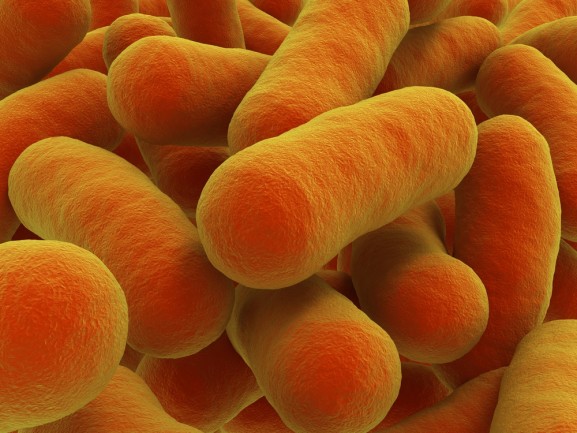 Dangerous organisms can range in size from elephants and large constricting snakes to scorpions and spiders, to the unseen, invisible to the unaided eye, disease-causing bacteria, fungi, and viruses. Animals that otherwise do not harm us — flies, fleas, ticks, and mosquitoes — can transmit disease.

We did not know of the existence of microorganisms until the seventeenth century, and we did not know that they cause diseases until only a century ago, so we have not evolved to fear them. We do, however, experience revulsion when we see things that are associated with pathogens — festering wounds, rotting meat, dead bodies, and feces.