Six Fish That Are Smarter Than We Give Them Credit For

Some fish are smarter than you'd think. 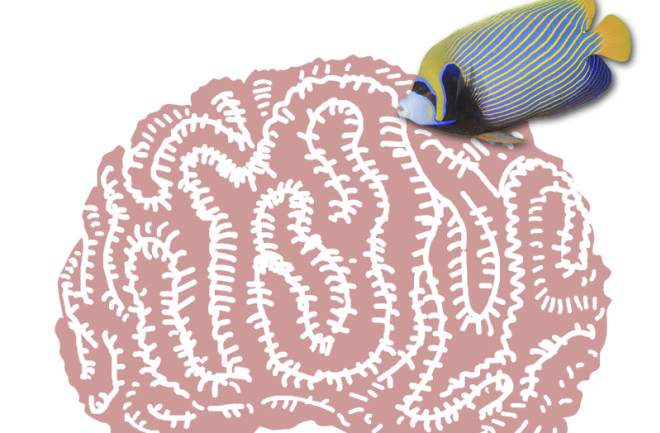 Name a smart animal. Perhaps dogs, or dolphins or chimpanzees came to mind. But why not goldfish, salmon or moray eels?

Most people don’t associate intelligence with fishes. Blame it on the misconception that evolution is linear, with fishes sunk at the primitive end and primates raised near the top. Increasingly, though, scientists are appreciating the full spectrum of fish behaviors in their natural environments, thanks to advances in technology such as underwater ROVs and better recording equipment.

“In the past ten years, there has been a sea change in how scientists view fish intelligence,” says Culum Brown, who studies fish behavior at Macquarie University. Brown notes that some scientists would still deny that fishes possess basic cognitive skills.

Scientists have found that not only can fishes perceive their environments using complex senses, but that they can also coordinate hunts, use tools, and remember and learn – sometimes better than rats and toddlers.

We humans see in three bands of the light spectrum — blue, green and red. That makes our vision trichromatic. Most fish, however, are tetrachromats, able to see in the same three colors and also ultraviolet. Many fishes see objects as clearly as we do.

What’s more, fish can smell and taste impressively well. Chemicals permeate easily in water, and fishes have equipped their gills, fins and mouths with lots of receptors. For example, the yellow bullhead has 175,000 taste buds across its body; our tongue has only 10,000.

And though we don’t often think of it, fish are incredible auditory creatures. We now know about a thousand fish species that make and use sounds to facilitate mating, feeding and group dispersal. Some, like the meagre (Argyrosomus regius), a fish that weighs up to 110 pounds, make such loud grunts during mating that they expose their location to eavesdropping fishermen.

A basic sign of intelligence is so-called associative learning — basically, what Pavlov demonstrated with his dogs.

Fish can also accomplish this feat. For instance, pet fishes often demonstrate time-place learning: They remember when and at which ends of the aquarium their feeding occurs.

And lab experiments have found that in some cases fish are better at this than mammals. Galaxias, a common freshwater fish, accomplish time-place learning in 14 days while rats need 19. In another example of associative learning, wild rainbowfish learn to link food with lights-on in 14 trials, whereas rats need 40 trials to associate food with a sound.

Fishes are better navigators than most human toddlers. After encountering an object, many fishes associate the object with the location’s basic geometry (e.g., always in the oblong corner of a chamber). Fishes can also combine salient features of the environment, say a patch of grass next to the object, with geometric information to augment memory. In contrast, children learn to use featural cues only after five years old.

Gobies that live in rock-pools provide a classic demonstration of such spatial learning. Researchers simulated high and low tides in the lab and let gobies explore neighboring pools during high tide. During low tide, if these gobies were startled (i.e., the researchers poked them with a stick) they overwhelmingly jumped into adjacent pools. Spatial learning in this instance saved them from falling onto a sandbank.

That salmon on your plate may very well have been a mentor in his past life.

In captivity, young Atlantic salmon often wait a few minutes before they strike at a new food item. But after being in a tank with experienced salmon, who strike immediately, the youngsters become far bolder than if they are housed with other naïve salmon.

Cooperation requires some complex brainpower. In fact some scientists speculate it was the force that sparked the human brain to get so big.

And it turns out, with their tiny brains, fish are capable of pretty advanced alliances too. Groupers and moray eels are the only known example of two different species working together to hunt.

It works like this: The eel snakes into the crevices of the reef, flushing out reef fishes into the open waters, while the grouper patrols outside, scaring fishes into the reefs. Whichever way the fishes escape, they are likely to swim in the direction of a gaping mouth – either of a grouper or eel. Both groupers and eels catch more prey hunting together than alone.

Tool use was once heralded as the cognitive leap that only humans had made. Then, beginning with chimpanzees, scientists discovered tool use across a diverse range of animals: crows, vultures, otters and octopi. What’s less known is that fishes, too, use tools.

The black-spotted tuskfish has got its feeding routine down to a science. It feeds on animals that protect their soft bodies in hard shells: crustaceans, snails and clams. Clamping a clam in its mouth, a tuskfish whams it into the rock — left, right, left, right — until the clam shell breaks. In a similar approach, some species of wrasse crush urchins against corals to break their spines and feed on their soft insides.

So, able to learn, form social alliances and use tools, fishes — including many that end up on our plates — are undeniably intelligent creatures. How would you now view your pet fish or your grilled salmon? You decide.