Silk production today is based on a process that goes back thousands of years — one that involves killing silkworms. But producers are coming up with cruelty-free alternatives. 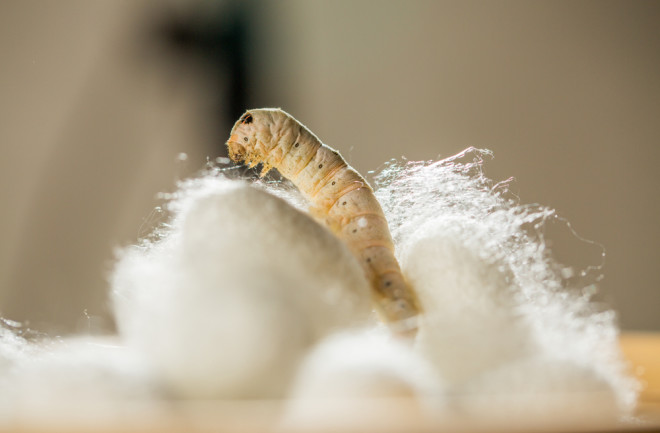 Silk is a fabric like no other. Historically, its unmatched beauty, durability and comfort was prized by the ranks of nobility — Roman and Arabian aristocrats in particular. The rarity of the fabric made it all the more precious.

For more than a thousand years, how that silk was produced remained a well-guarded secret kept by ancient China, reluctant to let its monopoly go. The fabric was one of the most valued commodities that traveled westward along the vast network known as the Silk Road. In that era, silk was worth as much as its weight in gold and was sometimes used as a form of currency.

What is it about silk that has captivated humanity for thousands of years, making it a still-sought-after status symbol today?

How Silk Is Made

Unlike cotton or hemp, which are made from plant fibers, silk is a protein fiber made from the saliva of silkworms, a small insect scientifically known as the Bombyx mori moth.

Early in a silkworm’s lifecycle, it can spin silk in one unbroken single thread from spinnerets on its head to create a cocoon, a protective covering for itself as it is transformed into a moth.

The process of harvesting these cocoons for silk is called sericulture, and has existed for thousands of years. Essentially, farmers create an artificial environment for the moths to lay their eggs on special paper, where they will hatch and become larvae. Next, they’re fed a steady diet of mulberry leaves, and after roughly 35 days of growing and multiplying in size, they’re ready to make their cocoon.  Once their cocoon is complete, the sericulture process traditionally includes killing the silkworm by boiling or steaming it alive.

This boiling step also blunts a natural chemical substance known as sericin, which otherwise would cause the cocoons to harden, resulting in a fabric that’s not as soft. This is followed by reeling, where cocoons are unraveled and become one continuous string that can stretch up to hundreds of yards long. Multiple long silk strands are then entwined to create silk thread. Eventually, that silk thread is woven into a fabric for commercial use.

This process of harvesting the eggs, rearing silkworms, and killing them in their cocoons happens continuously to keep up with demand for silk. Domesticated Bombyx mori moths, through selective breeding, have lost their ability to fly and have atrophied wings. As a result, silk-farming practices have been criticized in recent years, and animal rights groups such as PETA have called for a ban on silk. Some estimates say that producing 1 pound of silk requires approximately 2,000 to 3,000 silkworms to be killed.

In some silk-producing countries, such as China, the boiled silkworms are eaten after cocoon harvesting. Although eating silkworms means less bio waste and provides some nutritional value, only a small percentage of the fabric industry's silkworms are actually consumed. However, insect-eating could become more commonplace sometime in the future, as global demand for sustainable animal-based food increases.

Beyond that, there is another way to harvest silk without harming or killing silkworms. This method was developed in India, and it produces what's known as ahimsa silk. Sometimes it’s referred to as ethical silk, peace silk or cruelty-free silk. Although ahimsa silk production includes many of the traditional sericulture practices, harvesting doesn’t involve killing the worms. Instead, the worms are allowed to hatch from their cocoon, or sometimes the cocoons are cut open and the pupae is tipped out.

If allowed to hatch, the pupae spend an extra 7-10 days in the cocoon, which starts to harden. This tends to result in lower silk yields and threads that are broken into multiple strands, which makes for a rougher fabric. Since ahimsa silk is more difficult to produce, it tends to be more expensive than its conventionally farmed counterpart. Yet, it is gaining popularity and is seen as a viable alternative in the fashion industry.

In the meantime, some fashion labels have ditched silk, but demand for the luxurious fabric hasn’t completely dissolved. One of the reasons silk is prized is its ability to seemingly change colors and shades when viewed in different lighting. This is thanks to its fibroin proteins, the triangularly shaped molecules found in the material. The molecular structure causes light to refract at unique angles, giving silk its unmistakable sheen and eye-catching appearance.

Silk also holds great potential in the biomedical field. Because it’s strong and antimicrobial, silk has a long history in medicine. Recently, it’s even been explored for its potential in skin regeneration.