A 7-foot-long, shrimp-like creature was once the largest on Earth. 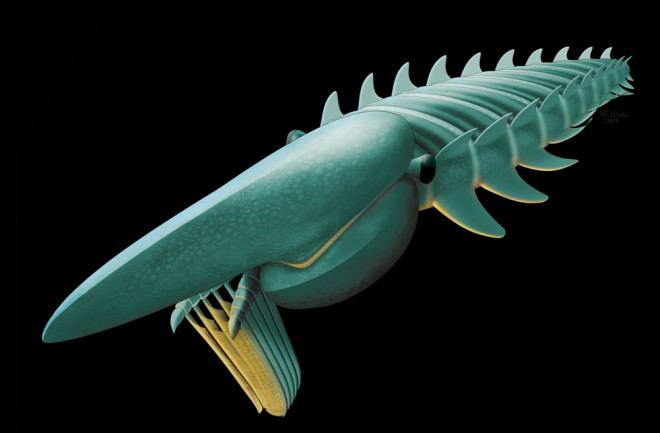 A major extinction thought to occur shortly after the dawn of complex animals may not have happened at all.

Many of the species that appear during the Cambrian Explosion some 540 million years ago vanish from the fossil record about 40 million years later, which led researchers to believe they died out.

New fossils found in 480-million-year-old rocks in Morocco now show that the animals were there all along — changes in ocean chemistry simply prevented their squishy bodies from fossilizing.

Scientists reported last March that one voracious Cambrian predator — an anomalocaridid, or “abnormal shrimp”—not only survived, but at 7 feet long had become the largest animal on Earth.