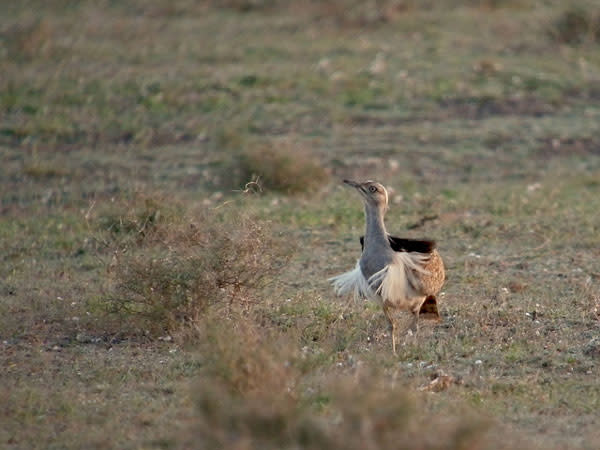 , researchers in France have learned that the birds, by age six, already begin producing smaller ejaculates with a large number of dead and abnormal sperm. The more showy the bustard, the quicker he burns himself out. As lead researcher Brian Preston said in a prepared statement

This is the bird equivalent of the posers who strut their stuff in bars and nightclubs every weekend. If the bustard is anything to go by, these same guys will be reaching for their toupees sooner than they'd like.