Should We Stop Using Vinegar To Treat Box Jelly Stings? Not Yet—Venom Experts Weigh In On Recent Study 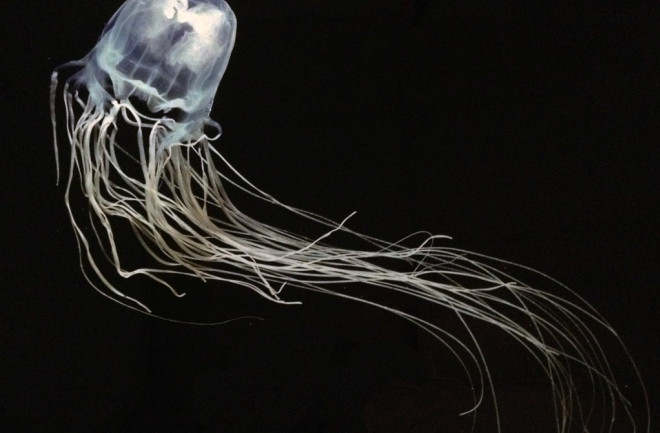 Previous research has shown that application of weak (3–10%) acetic acid for 30 seconds to C. fleckeri tentacles does not trigger discharge of nematocysts, and that nematocyst discharge from undischarged nematocysts is irreversibly inhibited... This action is not refuted by this study.

During most stings, surprisingly few of the tentacle's attack cells are actually triggered—less than 20% in most cases. The entire reason for vinegar treatment is to safely remove tentacles without causing more cells to fire, thus preventing further envenomation. Even if vinegar causes slightly more venom to come from the cells that have discharged, the additional venom load pales in comparison with the amount that could be injected by the rest of the tentacles if vinegar isn't used. "Despite acknowledging that vinegar does neutralize unfired nematocysts, Dr Seymour is prioritizing the 5-10% that may or may not further discharge, as more dangerous than the other 80-90% that we know will discharge,” said Gershwin. "Mathematically, this doesn't add up." According to Gershwin: "Preventing half of 10 or 20% but ignoring the other 80-90% to discharge is simply irresponsible.” Yet another expert on venom and envenomations, Director of the Australian Venom Research Unit Kenneth Winkel, said the study was "poorly controlled," and has "unknown relevance to the treatment of human box jellyfish stings." "They have created headlines from a very incomplete study— obviously this needs assessment in a more clinically realistic model." Winkel, too, expressed concern about the media attention, saying that the conclusions from the paper have been "way overstated," and "clearly already led to a state of public confusion." The official response from the Australian Resuscitation Council is that this new study "does not provide a convincing argument to alter our advice to dowse the tentacles on the skin of a victim in order to prevent further envenomation." They, too, cite flaws in methodology. "Unfortunately the design of the study, conducted on a membrane, was not designed to show... whether it is better to apply vinegar and prevent additional stinging from undischarged stinging cells (the majority) or whether it is better to not apply vinegar and so not promote further release of venom from stinging cells already discharged," reads a statement provided to me by an ARC representative. "Members of the ARC believe the study, although useful, does not provide a clear answer to this dilemma in an experimental design which mimics a real-life situation. Until such evidence becomes available, the ARC believes that the overall benefit to a stung victim is still to apply vinegar." That's not to say that Welfare and Seymour's study is completely invalid. Gershwin and Yanagihara both found the results fascinating, and think they're worthy of further attention. "The research is intriguing from a scientific point of view, because it is both a novel approach to an interesting question and it begs for more research to better understand what if any applicability it has to the real world," said Gershwin. "But intriguing research doesn't mean that it's a done deal and grist for a policy change. It's a question, not a conclusion.” Yanagihara stated that she plans to examine the parameters in her lab, replicating the study using a Hawaiian box jelly species, but also including some of the controls she felt were lacking in the original research. This is exactly how science is supposed to work—observations prompt hypotheses, which can then be tested with increased rigor. Preliminary findings aren't meant to cause complete changes in established policy, especially without detailed examination.

A signpost at a beach in Australia warning of box jellyfish. Image by Wikipedia user TydeNet The media has overstepped yet again in its science reporting, and in this case, the consequences could be severe. Box jelly stings are a rising problem in Australia and other areas, as jellyfish abundances have been increasing in recent years and more and more people are flocking to the beach. Emergency responders need to be confident that their treatments are backed by solid science, and that they are doing everything they can to mitigate the impacts of these potentially deadly species. Already, overzealous reporting has caused many to panic, and regulatory bodies are being inundated with calls to update their treatment policies. But those policies have not only been in place for decades, they're there for a damned good reason, and have saved many lives. Saying that "the cure can kill" is not just clear hyperbole, its outright misinterpretation of the study. In no way did the researchers test whether vinegar increases the likelihood of death, and they didn't test whether any other methods of removing tentacles are safer or more effective. To change treatment policy based on the findings would be premature at best, and disastrous at worst. Despite what you might have read, the best thing to do if you are stung by a box jellyfish remains unchanged. Seek medical attention as soon as possible. If vinegar is available, douse the sting site for 30 seconds or more to remove any remaining tentacles and nematocysts, and try to stay calm. If you're helping someone who is stung, help them remove the tentacles and pay close attention to their breathing, performing CPR if necessary. Once the tentacles have been removed, steps can be taken to reduce pain. Immersion in hot water appears to be the best method to reduce the intensity and duration of pain after any stray tentacles have been removed*, while ice packs** and topical and oral pain medications may help take the edge off. As awful and scary as a sting might be, it's important to remember that the vast majority of victims survive stings, and the odds of survival are almost 100% if the victim makes it through the first five to ten minutes.

*There is some debate between experts on the efficacy of hot water immersion, though reviews (e.g. Atkinson et al. 2006) have suggested it can help in a variety of stings, including those by box jellies. However, there is concern that it can cause remaining undischarged nematocysts to fire and inject venom as well as dilate capillaries, allowing the venom to move more quickly through the body (see Cegolon et al. 2013). Some have also noted that the temperatures required to inactivate venom and the difficulty in obtaining hot water on-site when a sting occurs may limit its usefulness. The one thing both sides of this debate agree on is that the removal of tentacles, especially with a vinegar rinse (though seawater or manual removal will do in a pinch) is still the best first step in treating box jelly stings.

[UPDATE] **Ice packs have been shown to help alleviate pain in the case of stings by several species, but only act as temporary relief and may cause problems by discharging remaining nematocysts or masking symptoms when receiving professional care. They will not replace vinegar washing or aid in decreasing the venom load, and are not recommended for Hawaiian box jelly stings in particular.