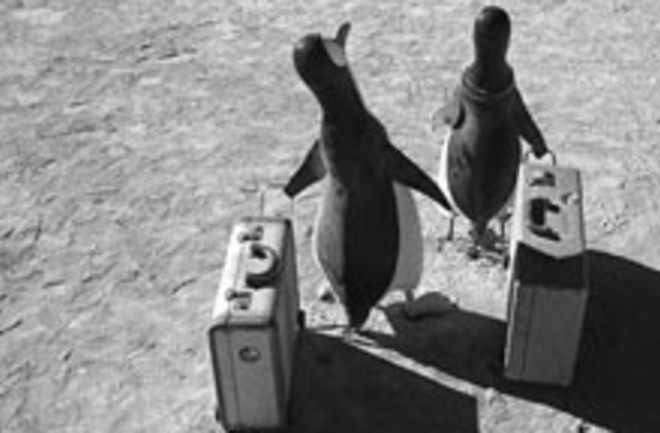 Researchers have already noted that global warming is causing some species to shift their habitats, like mountain animals that are moving to higher latitudes to find the cooler temperatures that they're adapted for. But now some conservationists say it's time to consider relocating species that are threatened with extinction due to their rapidly changing habitats. It's a process called "assisted colonization."

Some researchers say that as the extinction rate zooms upwards, humans will have no choice but to step in to save some animals. "It's a showdown. The impacts of climate change on animals have become apparent. And it's time to decide whether we're going to do something," said ecologist Jessica Hellmann.... "Reducing CO2 is vital, but we might have to step in and intervene" [Wired News].

In an article in the science journal Science [subscription required], researchers say that humans would have to choose which animals to resettle, and they

offer a list of conditions under which such assisted colonization would be appropriate, including imminent extinction, feasibility and a favorable cost–benefit analysis [Scientific American].

They'd have to be careful not to cause more problems by dropping a new species into a ecosystem, explains s

tudy author Camille Parmesan: "Passively assisting coral reef migration may be acceptable, but transplanting polar bears to Antarctica, where they would likely drive native penguins to extinction, would not be acceptable" [AP].

Some conservationists are alarmed by the idea of assisted colonization, and say that we should focus our efforts on less desperate measures, like establishing wildlife corridors that could allow animals to move to more favorable terrain on their own. Others note that humans

have had a bad track record when it comes to moving species and disrupting environments. The introduced kudzu vine now chokes much of the U.S. South, and the noxious cane toad has spread successfully across Australia. That's why any movement should be modest—especially at first—and only employed for species that are well understood, experts say [National Geographic News].