Throughout the animal kingdom, creatures have multiple reasons to keep an ear out for valuable intel — even from different species. 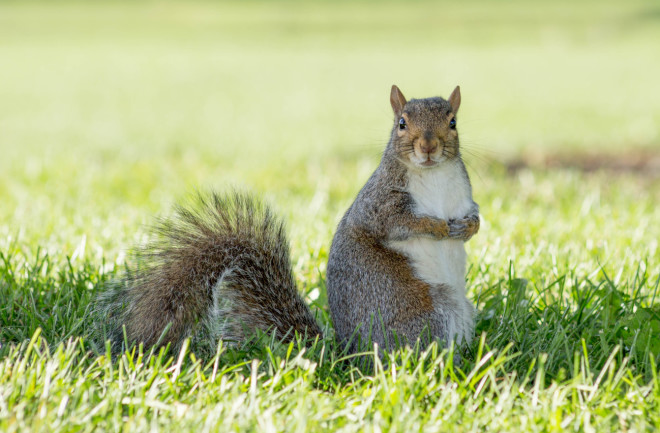 If you’ve ever listened in on a neighbor’s conversation and considered it a uniquely human trait, you might be in for a surprise. Sure, we’ve perfected the art of eavesdropping from even a great distance — if tapped phone lines or cyberattacks are any indication — but we aren’t the only animals that keep a wary ear out.

Researchers have long been curious about the ways that critters communicate with others of their own species. But they’ve increasingly focused on the complex communication that occurs between species as well.

Birds commonly eavesdrop on the alarm calls of other avian species to avoid danger, despite perhaps not fully understanding their “foreign language.” Some birds can even ascertain that an unfamiliar call means danger without ever seeing the bird from which it came — or the predator that evoked it in the first place.

Researchers from the Australian National University reported in Current Biology in 2018 that wild superb fairywrens, which are sedentary and territorial birds, could be trained to flee from unfamiliar sounds in just a few days. All it required was simultaneously broadcasting these noises with the alarm calls of fairywrens and other bird species, which the birds quickly learned to associate with one another. “Acoustic-acoustic association may be valuable in conservation by providing a simple mechanism for training captive individuals before release in the wild," write the authors, "where many are taken by predators."

But birds chatter when they feel safe from danger too, and even land-loving animals can take advantage of this behavior.

A 2019 study published in PLoS One examined the Eastern gray squirrels found in the public parks and residential areas of Ohio. The scientists sought to monitor the squirrels' responses to a perceived threat — a recording of the red-tailed hawk — followed by either the ambient noises of songbird chatter or nothing at all. After monitoring the behavior of each squirrel for three minutes, the researchers found that the critters spent far less time freezing, looking up or fleeing if they’d eavesdropped on the soothing sounds of songbirds.

“We knew that squirrels eavesdropped on the alarm calls of some bird species, but we were excited to find that they also eavesdrop on non-alarm sounds that indicate the birds feel relatively safe,” say the authors in a press release. “Perhaps in some circumstances, cues of safety could be as important as cues of danger."

In addition to safety and danger, however, sometimes a little listening can also keep animals from going to bed hungry.

From December to March in Panama’s rainforests, more than a dozen species rely on almond trees as a primary food source. Unfortunately, those who are bound to the forest floor aren’t able to access this fruit until it falls down on its own — or is dropped by monkeys as scraps.

Biologists from the Natural History Museum of Denmark who were curious about this interspecies relationship spent nine months in an island rainforest in the Panama Canal, observing as coatis (raccoonlike mammals), agoutis (giant yet lovable rodents) and other scavengers took advantage of monkeys’ wasteful tendency to drop fruit after just a few bites. Their results, published last year in Biotropica, show that the grounded animals listen in on capuchin and spider monkeys to find out when and where they’re eating.

“It’s as if their ears are telescoped, which lets them hear the lunch bell from wherever it’s ringing. This gives them access to food that would otherwise be inaccessible at the time," says co-author Rasmus Havmøller, a postdoctoral researcher at the Natural History Museum of Denmark, in a press release.

The researchers attached GPS collars to a few dozen of the animals to track their movements. They also placed speakers, which played monkey sounds, in the trees and put camera-laden traps beneath them to catch fruit and record any passing coati and agouti. Shockingly, over 90 percent of the fruit that landed in these traps had bite marks or was already half-eaten by monkeys; hungry scavengers immediately ate any fruit that missed the traps.

As monkeys are increasingly displaced from their local environments, however, typically due to hunting or deforestation, the entire ecosystem’s food chain may soon be put in jeopardy. “I think we've underestimated how much mammals interact with each other and how many ways they're actually connected,” Havmøller added. “Eavesdropping between species is a new chapter in the behavioral biology of mammals, which provides us with important knowledge about how much the disappearance of one species can impact an entire ecosystem.”