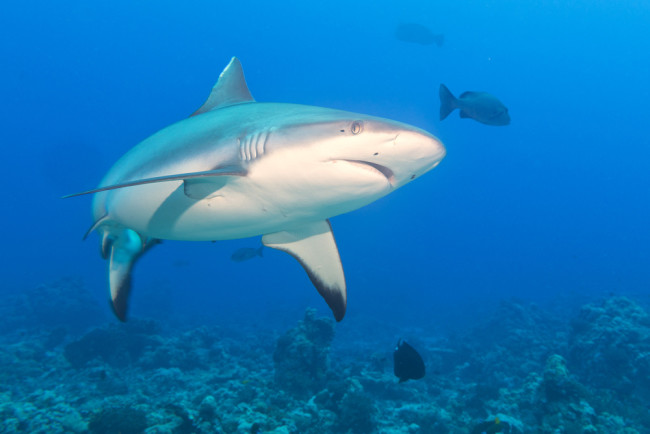 Sharks have an undeserved reputation for being bloodthirsty killers that routinely make snacks out of tourists. Although the risk of getting eaten by a shark is extremely small, the same cannot be said for underwater fiber-optic cables that carry data around the world. It seems sharks have a mighty hankering for these vital intercontinental communication links – a penchant which has set Google on a mission to reinforce its trans-Pacific cables by wrapping them in a Kevlar-like material. Google product manager Dan Belcher revealed their shark-proofing efforts at a marketing meeting last week in Boston, Network World

An Appetite for Communication

But why are sharks zeroing in on our global communication networks? Sharks have an uncanny ability to sense electromagnetic fields in the water using tiny detectors in their snouts called ampullae of Lorenzini. The organs, which look like freckles, sense even minute changes to electrical fields in the water, helping sharks find prey, navigate... or locate fiber-optic cables. "No doubt the electromagnetic fields associated with these wires are highly attractive to these sharks," George Burgess, director of the Florida Program for Shark Research, told

Underwater cameras caught this curious shark chomping on an underwater cable in 2010:

Interestingly, sharks don’t seem to be lured to the older copper cables

that run underwater. It’s led to speculation that sharks confuse the high-voltage, magnetic emissions from fiber-optic cables with the signals given off by fish. Updated cables will thus likely protect the sharks and reduce energy-wasting attacks.

Sharks have been giving global communications companies headaches since the 1980s. According to the New York Times

, a few shark teeth were found planted in a cable of the Canary Islands in 1985. Every year, more than 50 repairs are needed on undersea transcontinental communication lines due to damage from wildlife, fishing trawlers and earthquakes, The Guardian

reports. Google’s reinforced cables will be installed as part of a new $300 million system connecting the United States to Japan, according to a press release

from project partner NEC. It will result in an Internet connection that relays information across the Pacific Ocean at 60 terabytes per second. That's good news for Internet users, but maybe the sharks have an ulterior motive: Perhaps they're simply fed up with fear-mongering documentaries

that cast them in a negative light.