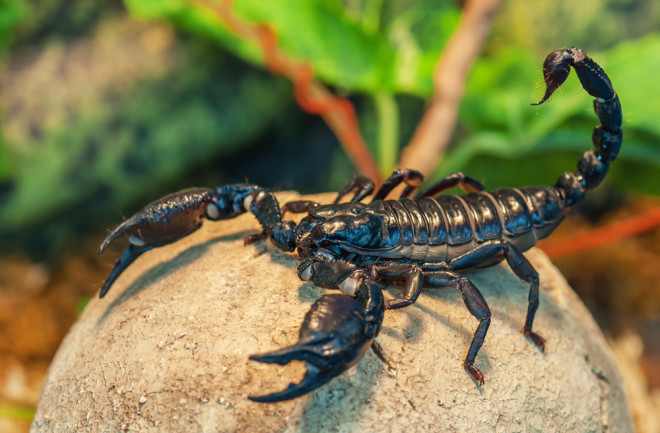 A scorpion’s sting doesn’t just impart venom — it uses a special acid to bring the pain.

In research published Wednesday in Science Advances, a team of researchers looked into why scorpion venom packs such a punch. The venom targets several pain receptors to warn away would-be predators, and it uses acid to make the sting all the more excruciating.

Scorpion venom is custom designed to hurt like hell. But when researchers took a look at the biological mechanism behind the sting, they noticed something odd. The venom wasn’t concentrated enough to induce the amount of pain actually present in the sting.

The venom activates the TRPV1 channel in our bodies, the same receptor responsible for the burning and tingling when you eat a hot pepper. (The Trinidad Scorpion pepper, then, is quite aptly named.)

“When something is extremely hot, what we feel is pain,” says Jie Zheng, a professor at the UC Davis School of Medicine and a co-author on the study.

Researchers knew that scorpion venom could specifically target pain receptors in our bodies. When it comes to scorpion venom, though, that’s not the whole story. To truly bring the pain, the venom must first alter the environment surrounding the neuron itself, effectively priming it to relay as much pain as possible.

That is where Zheng says previous studies failed — they didn’t take into account the natural pH in the venom prior to the sting.

“A lot of venomous animals — snakes, scorpions, spiders — when they deliver that venom, that venom is quite acidic,” Zheng says. “It’s something we’ve known for quite a while but that people forget about.”

But that acidity is important. Acids contain a high concentration of protons, which bind to neurons and increase the intensity of the signals they transmit. The venom is already primed to spark pain — the acid helps by forcing open the ion channels that allow neurons to communicate with each other.

“When we have the two together in combination, they can activate the channel very well,” Zheng says.

The research is important in understanding how the body regulates temperature as well, as TVP1 is also a temperature sensor in the body. It also may give new insight into how to better manage pain at the neuron level.

And as it ends up, the answer lies in an unexpected place: acid.