Scientists Want to Sequence the Genome of Every Single Species

Biologists' most ambitious plan to catalogue all life is just firing up. 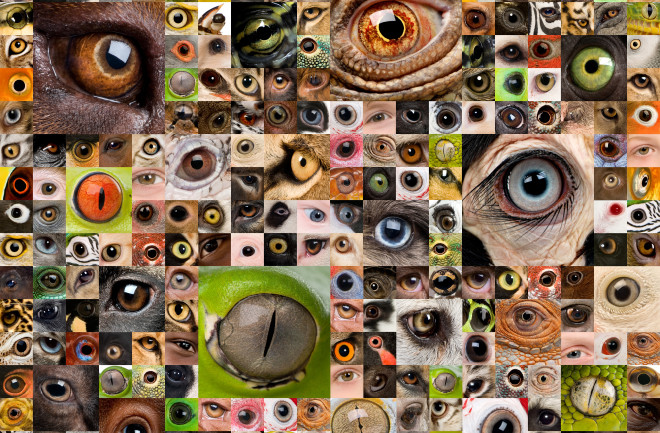 On an intercontinental flight several years ago, Harris Lewin decided to find the common ancestor of all complex life on Earth, from slime molds to his fellow passengers. As a professor of evolution and ecology at the University of California, Davis, Lewin knew what he’d have to do to travel back billions of years in evolutionary time and study this enigmatic progenitor: generate a DNA sequence for every species alive today. It would be a worldwide equivalent of the Human Genome Project (HGP), which fully mapped the DNA of our species in 2003.

Lewin took out a pencil to calculate the cost. “I couldn’t believe the number,” he recalls. At $3 billion, the estimate was well within the price range of today’s moonshot science, and considerably less, adjusted for inflation, than the cost of sequencing the human genome in the 1990s.

Back on the ground, Lewin emailed his friend John Kress, a botanist then serving as the Smithsonian Institution’s undersecretary for science. In November 2015, Kress convened a meeting of leading scientists at the Smithsonian, where Lewin proposed to sequence all 1.5 million known eukaryotes — organisms with a cellular nucleus, the trait that distinguishes complex life from microbes — within a single decade. Since none of them could come up with a reason why it couldn’t be done, they started scheming ways the data would justify the expense, bolstering everything from medicine to conservation.

Now, labs around the world are firing up their DNA sequencers. With several hundred million dollars of seed funding and a plan published in Proceedings of the National Academy of Sciences outlining “the most ambitious proposal in the history of biology,” the Earth BioGenome Project (EBP) is underway.

But to sequence an organism’s DNA, you have to get your hands on it first. Zoos and botanical gardens, plus places like the Smithsonian, offer a head start with their collective 500,000 species. Even better, some 15,000 complete genomes are already published, mostly by smaller programs on which EBP is modeled. For instance, the 1KP initiative sequenced 1,000 plant genomes, and Genome 10K is pushing to sequence 10,000 vertebrates.

Lewin thinks perhaps 500,000 more species samples can be scooped up by avid citizen scientists, but gathering the last half-million will take serious innovation, such as sample-collecting drones and submersibles.

Yet the HGP suggests seemingly impossible tasks may be perfectly feasible. Demand and financial resources are great technological accelerators. In the mid-1980s, when researchers conceived the HGP, they knew they’d have to sequence 3 billion DNA base pairs, but they could sequence only 300 per week. “But people said, ‘OK, we can sequence DNA,’ ” Lewin says. “They started to ask, ‘What if?’ ”

The HGP went on to contribute an estimated $1 trillion to the U.S. economy. It helped experts improve medical diagnoses and discover new drugs. EBP could bring similar gains, particularly to the world of medicine.

“Eighty percent of pharmaceuticals are derived from natural products,” Lewin observes. Often these are based on adaptations humans lack but other organisms have, such as microbial resistance. Researchers might enlist newly sequenced organisms or their genes to manufacture these substances, as well as novel materials and less-toxic fuels.

But even just knowing what’s out there, from the Amazon’s canopy to the ocean floor, is valuable to ecologists contending with climate change and mass extinction. Populations with low genetic diversity can be relocated to minimize inbreeding. Scientists may uncover genes that foster resilience — like one recently found to make some coral strains more tolerant to heat.

But as much as Lewin wants to save the world, he can’t help but dwell on the basic science. “In 10 years, I’ll be 71,” he says. “By that time, I hope we’ll have reconstructed the ancestral genome of eukaryotes,” which can be uncovered only by figuring out what genetic material all complex life shares. “Having the entire set of blueprints will also allow us to understand the rules of natural selection, and then we can understand evolutionary trajectories.”

Lewin’s ambitions are nothing less than to reveal the past and predict the future — both likely to be essential tools for navigating the present.

[This article originally appeared in print as "Cataloging Life."]