Memory plays a vital role in the wild for animals and as it turns out, wild bats have better memories than previously thought. 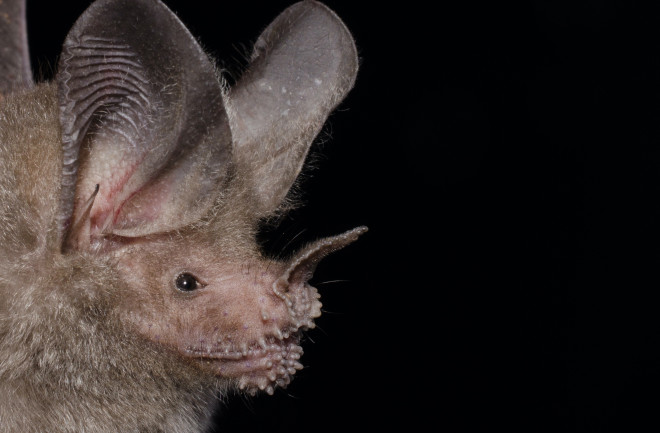 They say that elephants never forget, but what about other animals? A recent study in Current Biology reveals that trained bats remember their training after several years of life in the wild. This study moves scientists one step closer to understanding the complexities of animal memory in nature.

Memory plays a vital part in survival for many animals. Between apes, bears or bees, animals need to remember how to navigate home, how to find food and water and how to interact with other creatures. Sometimes, it could mean the difference between life and death.

A strong memory can also remind animals of faraway sources of food and water and help them adapt to climate change and habitat reductions.

“Trying to figure out how animals use learning and memory is one way to figure out how they’re going to make it in a life full of change,” says May Dixon, a postdoctoral student at Ohio State University who led the recent study for the Smithsonian Tropical Research Institute, in a press release.

Though the study identifies approximately 40 other investigations into the memory abilities of bats, birds and many other creatures, much of this research focuses only on animals in captivity. “There are relatively few studies of long-term memory in wild animals, and we don’t have systematic understanding of long-term memories in nature yet,” Dixon says.

And that’s a problem for biologists, since animals think and behave differently in captivity than they do in the wild. “You can’t necessarily extrapolate from the wealth of data we have on animals in the lab to what they’re facing in the wild, where there are many more things they have to remember,” says study co-author Gerald Carter, a professor in Ohio State University’s Department of Evolution, Ecology and Organismal Biology, in a press release. “The brain is different in the wild versus captivity.”

To address this imbalance, the researchers focused their attention on 50-or-so frog-eating bats (fringe-lipped bats) from the wild. Researchers captured these bats and introduced them to the sound of their preferred prey. They then rewarded the bats for flying toward the sound with a taste of food. Slowly they substituted the frog sounds for an unassociated ringtone, and the researchers continued to reward the wild bats whenever they flew toward the tone.

The researchers not only trained the bats to respond to ringtones; they also trained them to differentiate between ringtones. Some were associated with rewards and some ringtones were not. When they demonstrated that they could consistently distinguish between the tones, responding only to the rewarded sounds and ignoring the unrewarded one, the researchers released the bats once again into wild within their native habitat in Central and South America.

Researchers later recaptured eight of the bats and subjected them to the same tests after a period of one to four years in nature. They found that every one of the eight bats responded to the ringtones and six of the eight took the food reward (though several did struggle to distinguish between the rewarded and unrewarded tones from several years prior).

“I was surprised,” Dixon says in a press release. “Four years strikes me as a long time to hold on to a sound that you might never hear again.”

While all eight of the recaptured bats responded to the ringtones, bats without any previous training tended to ignore the tones.

Ultimately, these findings aid scientists in understanding the scope and purpose of wild animals’ memory abilities. “We want to figure out when these skills are actually going to help animals,” Dixon says in a press release.