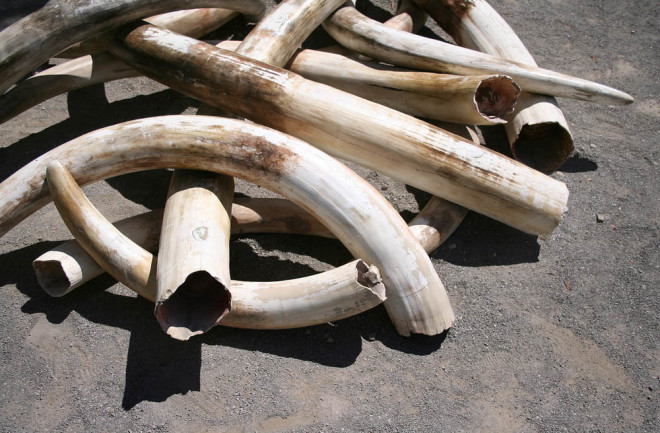 Scientists studied captured shipments of ivory tusks and managed to tie them to cartels. (Credit: Joe Mercier/shutterstock) Nearly 40,000 elephants die each year from illegal poaching orchestrated by large criminal organizations. The perpetrators are after ivory — the white, teeth-like material that forms the main part of elephants’ tusks. It also funds an illicit $4 billion annual industry. Now, an international team of scientists has used forensic genetics to identify three major transnational crime cartels trafficking elephant tusks out of Africa. The study was led by Samuel Wasser, a conservation biologist at the University of Washington. And his team now believes this tactic could be used by law enforcement to track other contraband and expose additional crime rings. “The direct collaboration between Homeland Security Investigations and Dr. Wasser's Center for Conservation Biology has led to the identification of multiple major transnational criminal organizations and their operative cells,” said John Brown, a special agent in the U.S. Department of Homeland Security’s Homeland Security Investigations. “By providing the DNA analysis for major ivory seizures across the globe, Dr. Wasser's lab has provided hard evidence ... to identify, dismantle and disrupt the transnational criminal organizations behind the illicit trade in wildlife.” Ivory Desire Police agencies seize 40 tons of ivory every year. Experts estimate that’s only 10 percent of the poached goods, which make their way into ornaments and jewelry sold around the world. Much of the demand comes from China, where ivory fetched $1,000 per pound on the streets of Beijing in 2012. In 2015, Wasser’s team used DNA from elephant tusks seized by authorities to locate key elephant poaching hotspots. The value of the large seizures — most of which happen at ports, where crime organizations transport their goods in shipping containers — “implicated major transnational crime syndicates,” Wasser said. During that investigation, Wasser and his team noticed that in each of the seizures authorities gave them to analyze, over half the tusks was missing its pair. "Only one of the two tusks from the same elephant was present," he said. DNA Match So, the researchers ran a DNA analysis of new seizures through their database of 40 other large ivory seizures to look for matches. Most of the seizures they looked at happened between 2011 and 2014, the peak of the illegal ivory trade. They found that the matching tusks were in separate shipments that passed through common ports. The researchers also determined the tusk pairs were shipped close together in time and likely came from the same place. That suggested that the same major trafficking cartel was responsible for transporting both the shipments with the matching tusks. “By linking these matching seizures together like links in a chain, we were able to identify what we believe to be the three largest cartels moving ivory during this peak, 2011-2014 period,” said Wasser, who published the new work today in the journal Science Advances. The links Wasser and his team described also helped convict a notorious ivory trafficking ringleader, Faisal Mohammed Ali. The crime boss appealed and was acquitted but Wasser hopes data from the new research will strengthen the case against Faisal and his co-conspirators.