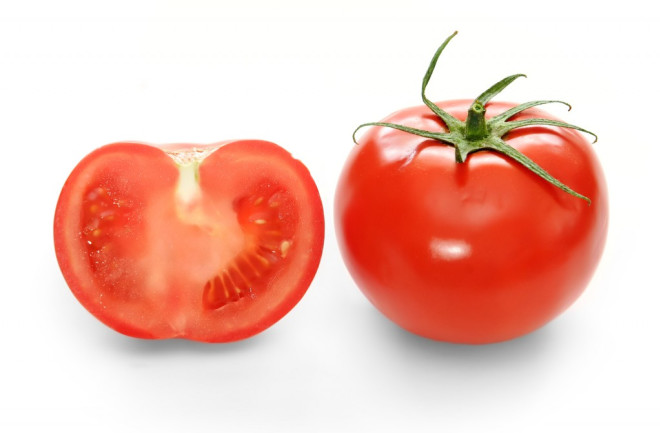 Store-bought tomatoes taste horrifically disgusting — err, bland. Now scientists have discovered a version of a gene that helps give tomatoes their flavor is actually missing in about 93 percent of modern, domesticated varieties. The discovery may help bring flavor back to tomatoes you can pick up in the produce section.

"How many times do you hear someone say that tomatoes from the store just don't quite measure up to heirloom varieties?" Clifford Weil, program director of the National Science Foundation’s Plant Genome Research Program that supported the work, asked in a press announcement. "This study gets to why that might be the case and shows that better tasting tomatoes appear to be on their way back."

An international team of researchers collected genomic information from 725 cultivated and wild tomatoes and assembled them into a pan-genome — a genome that captures the genetic information of all the varieties. Then they compared the pan-genome to the genome of a domesticated tomato called Heinz 1706.

Until now, this tomato genome has served as the representative example of all tomato genomes. The side-by-side comparison showed that the Heinz 1706 reference genome was missing nearly 5,000 genes that the other tomato varieties have.

Many of these lost genes also equipped the plants with defenses against pathogens. Tomatoes lost these genes through good old-fashioned breeding — not via genetic modifications — when breeders selected for traits that made tomatoes robust.

"During the domestication and improvement of the tomato, people mostly focused on traits that would increase production, like fruit size and shelf-life," Zhangjun Fei, a plant geneticist at Cornell University in Ithaca, New York, who led the new research, said in a statement. "Some genes involved in other important fruit quality traits and stress tolerance were lost during this process."

The identification of the previously unknown genes could help breeders create better tomatoes.

"These new genes could enable plant breeders to develop elite varieties of tomatoes that have genetic resistance to diseases that we currently address by treating the plants with pesticides or other cost-intensive and environmentally unfriendly measures," James Giovannoni, a molecular biologist at Cornell and USDA scientist, who co-led the work with Fei, said in a statement.

The analysis also revealed a rare form of a gene that imparts tomato flavor to the fruit is missing in most modern, domesticated tomatoes. Yet, more than 90 percent of wild tomatoes have the flavor-punching version of the gene, the researchers report today in the journal Nature Genetics.

But there’s also good news for tomato-ravenous Americans, who each eat an average of nearly 100 pounds of the vegetables every year. The flavor gene is making a comeback. The rare version of TomLoxCused used to only be present in about 2 percent of tomato varieties. But in recent years, as breeders have begun to focus more on flavor, more and more modern tomato varieties have the gene.

Nowadays, about 7 percent of tomatoes have it, meaning breeders have started selecting for it, Giovannoni explained, a trend that will hopefully keep growing.