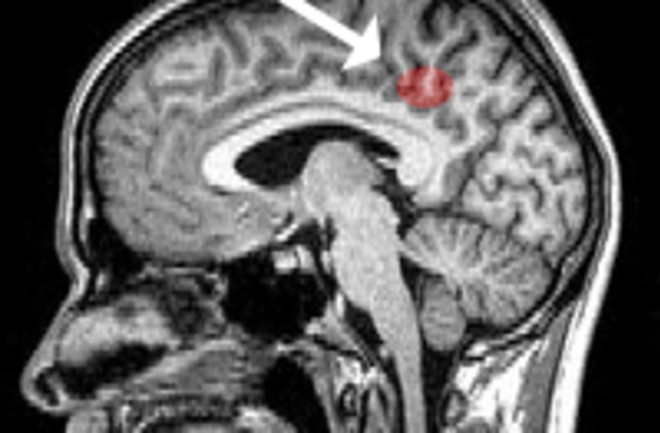 Scientists have discovered the part of the brain that makes people gullible, it was claimed today. The findings could have massive implications for treating the growing number of people who fall wide-eyed for sensationalist media reports. Professor Cristoph Morris, who led the research, said that a part of the brain called the inferior supra-credulus was unsually active in people with a tendency to believe horoscopes and papers invoking fancy brain scans. “This correlation is so strong that we can speculate about a causal link with a high degree of certainty,” he concluded. Morris made his discovery using a brain-scanning technique called fluorescence magnetic resonance imaging (fMRI), which can read people’s thoughts with an incredible degree of accuracy, just slightly better than chance. His results are published in the Journal of Evolutionary Psychoimagery. When Morris studied individual neurons within the supra-credulus, he found that gullibility was associated with the activity of a single gene called WTF1. The less active it was, the more feckless people were. This fits with existing evidence, for faulty versions of WTF1 have already been linked to a higher risk of being Rickrolled and buying the Daily Mail. “You could say that gullibility is in your genes,” said Morris. “You’d be shatteringly wrong, but that wouldn’t matter to gullible people.” The researchers described their discovery as “the holy grail of behavioural neurogenetics”. Morris explains, “It’s a real breakthrough. It means that we can fire a magic bullet right into the heart of sensationalist media stories. We can develop vaccines that stop people from buying things on the grounds that the packaging has a smiling farmer on it or that they’re endorsed by the cretin who may or may not have lost Big Brother.” Morris has been collaborating with nutritionist Patricia Marber to develop just such as vaccine. Together, the duo found that they could completely stop the activity of neurons in the supra-credulus by smashing them with a giant hammer. “We think that the iron in the hammers is somehow suppressing WTF1 in a way that stops nerve signalling in the supra-credulus,” explains Marber. “We might need some clinical trials to check that the hammers are effective and to work out any side effects, but you go right ahead and write your headline. Say something about Thor. Everyone likes Thor.” “It’s not like the people who need the treatment will question it,” she added. The fMRI scans also revealed that the supra-credulus was more active in the brains of women than in men. Evolutionary psychologist Stephan Koogin, who also worked on the study, thinks he knows why. “Picture, if you will, a group of Pleistocene-Americans. The men are out hunting for mammoths and bears, and they can’t afford to be fooled by fake tracks. The women stayed at home picking berries or something, and they needed to tell each other far-fetched stories to keep each other entertained, because berries are really boring. Sounds reasonable, doesn't it? Assuming all of this is true, and who’s to say it isn’t, I’m right.”