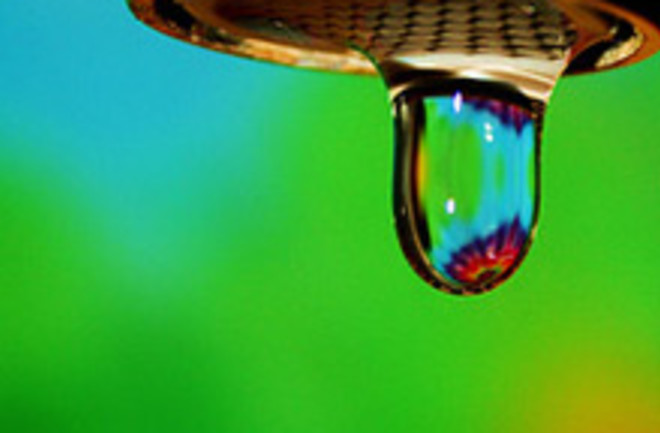 Before the end of the year, the backhoes are expected to dig into the dirt on a patch of coastal land in southern California, as construction begins on a massive plant that will draw fresh water from the salty sea. California regulators have given the green light for the construction of the largest desalination plant in the Western Hemisphere in Carlsbad, California, overriding environmental protests. Some green groups are appealing the plant's approval to a state water board, but officials with Poseidon Resources, the development company, seem confident that construction will begin on schedule. When the plant cranks up to high gear, engineers expect it to produce enough fresh water for 110,000 households in the San Diego area.

Advocates of desalination tout its potential for limiting strain on scarce water supplies, and easing the environmental consequences of diverting freshwater from rivers and streams and pumping it long distances to urban centers. But critics cite major environmental drawbacks -- namely the harm to marine life from intake pipes that suck water into desalination plants and from the highly concentrated brine byproduct that gets discharged back into the ocean [Reuters].

In the environmental agreement hammered out between Poseidon and the San Diego Regional Water Quality Control Board, the company will create 55 acres of wetlands as breeding grounds for fish to offset those killed by the plant's operations. The company has also pledged to keep brine concentrations below toxic levels.

The plant will filter 100 million gallons of seawater daily, taking salt out by filtering it through fine membranes, a process called reverse osmosis. If construction proceeds as scheduled, it will produce 50 million gallons of drinking water by 2011. The plant would provide water to nine municipal water agencies in northern San Diego County, filling 10 percent of the county’s drinking water needs. Its capacity makes it one of the biggest outside the Middle East [The New York Times].

The $320 million project is the first desalination plant to make it through the regulatory process in California, but if it proves effective, lucrative, and environmentally benign many more will likely follow. Other

projects are being considered along the California coast, from Marin County just north of San Francisco to Santa Cruz, Monterey, Long Beach and Huntington Beach [The New York Times].