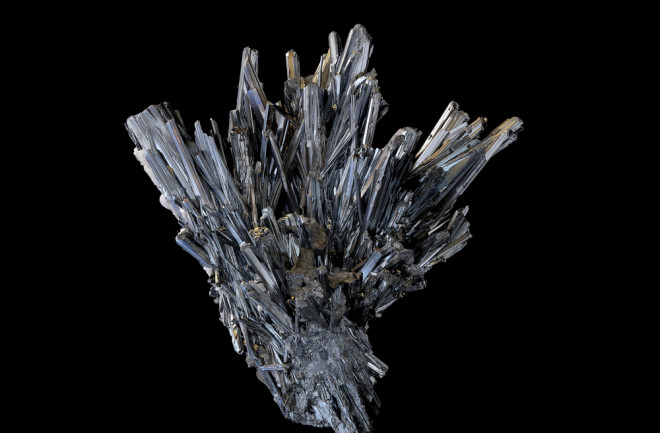 Antimony. (Credit: Bostock/Shutterstock) The elaborate system of pipes that carried water to Roman households was an engineering marvel—for its time. Unfortunately, their sophisticated water utility may have been poisoning everyone. An analysis of a pipe fragment from Pompeii revealed the presence of high levels of antimony, an element that can cause vomiting, diarrhea and even organ damage at high enough concentrations. It was probably included to harden the soft lead pipes, which were a luxury for Roman citizens at the time, delivering water directly to households. For some citizens, that likely came at a cost.

Something In the Water

Scientists from the University of Southern Denmark used a mass spectrometer to determine the composition of a small piece of pipe recovered from the buried city of Pompeii. The pipe was composed largely of lead, but contained enough antimony to potentially sicken those drinking from it. The actual outcomes are not known, however, as antimony is expelled from the body in urine, meaning that it won't show up in bones examined by archaeologists. The study appeared last month in the journal Toxicology Letters. Antimony is used today in car batteries, flame retardants and semiconducters. In ancient Egypt, it was an ingredient in their distinctive kohl eyeshadow, and Pliny the Elder describes its inclusion in several medical treatments. As in car batteries today, however, antimony was most likely included in Roman lead pipes to add strength and stiffness.

Today, antimony poisoning is of little worry, and the only major case occurred in the 1920s, when some 70 people were sickened by lemonade that had been left sitting in buckets whose enamel included the element. Fifty-six people were hospitalized with severe stomach pains, although everyone eventually recovered. The increased acidity of the lemonade likely helped leach the antimony from the enamel. It's not known how effective pure water would have been at leaching antimony from the pipes, although the concentration was high enough to raise concern. There may have been another mitigating factor as well: calcium deposits in the pipes. Roman water usually contained lime, which would have built up in pipes over time and calcified. This is why the lead in the pipes may not have posed a significant threat to the Romans, and the same could go for antimony as well. This isn't the only case where the Romans' ingenuity with infrastructure came back to bite them. A 2016 study found that citizens of Rome fared no better than their uncivilized ancestors when it came to parasites, despite a complex system of latrines and waste management. Their practice of carting human waste off to serve as fertilizer for crops simply added a detour for intestinal parasites, which made their way right back into the food chain when the crops were harvested. A fish worm in particular did well, thriving in a type of uncooked fish sauce considered a delicacy among Romans of the day.