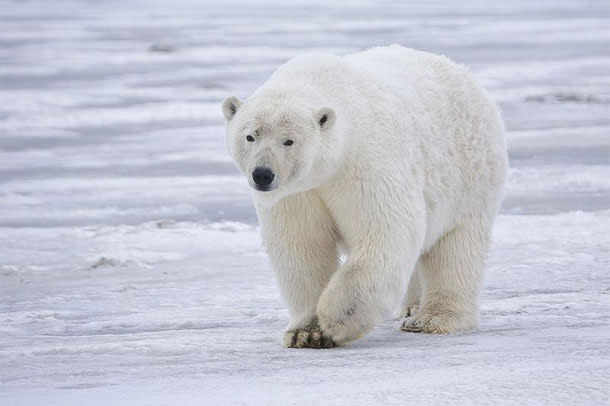 Earlier this year, I wrote about a new study

showing that polar bears split off from brown bears around 600,000 years ago – already making them four times older than previously thought. Now, a new study pushes the date of that split back even further, to between 4 and 5 million years ago. The exact date is probably going to shift again in the future, and if anything, it’s the least interesting bit of the new paper. Webb Miller, Stephan Schuster and Charlotte Lindqvist have taken a whirlwind look at the history of the polar bear. For a start, they sequenced its genome – that detail would be the centrepiece of other papers, but gets mentioned halfway through this one. They started looking at the genetic changes that have made polar bears lords of the Arctic, and they reconstructed the bears’ population history across the many climate upheavals it must have lived through. Finally, they found evidence that polar bears carry a lot of brown bear DNA in their genome (and vice versa) – a sure sign that the two species repeatedly bred with each other after diverging, in much the same way that our ancestors had sex with Neanderthals and other ancient humans

. I’ve written about the study for The Scientist. Head over there for the full story.