Revealed: The Genetic Secret of the Dachshund's Stubby Legs 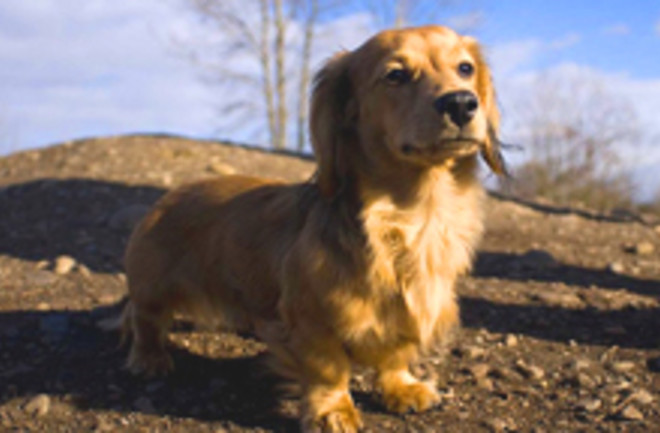 Why does a wiener dog look like a wiener, with its body poised on such short, stubby legs? Researchers say they’ve discovered the answer in a single genetic mutation that’s found in dachshunds, corgis, basset hounds, and other short-legged dog breeds. Study coauthor Heidi Parker says this gene may turn on growth mechanisms at the wrong time during foetal development, stunting the growth of long bones in the leg and making them curvy. The trait affects only the legs, unlike the small-all-over effect seen in miniature or toy breeds, such as poodles [Reuters].

The mutation popped up sometime after modern dogs diverged from wolves, researchers say, and it’s a dominant gene–meaning that a dog with only one copy of the gene will show obvious signs of it. Having joined the genetic repertoire of dogs, the gene was available for selection by dog breeders whenever they wanted to develop a downsized breed. The basset hound, for example, was bred for its short legs so people on horseback could keep up with it during hunting, Dr. Parker said [The New York Times].

In the study, published in Science, Parker and her colleagues compared the genomes of 95 short-legged dogs from the eight breeds with the genomes of 702 dogs from 64 breeds without the trait. Then, in a more detailed analysis, the researchers pinpointed an extra stretch of DNA on chromosome 18 in every dog from the eight short-legged breeds, but in none of 204 control dogs they examined [Science News]. They determined that the squat dogs have an extra copy of a gene that codes for a growth-promoting protein, and suggest that the overabundant protein interferes with normal fetal growth.

The extra gene is a so-called “retrogene.” In rare cases, messenger RNA — molecules made from DNA that carry information to cellular machinery, which then makes proteins—can get turned back into DNA. If this DNA then gets plopped back into the genome in a new neighborhood, and conditions are right for this genetic new kid on the block to become active, the extra DNA becomes a retrogene [Science News]. The researchers say they were surprised to find that just one retrogene could cause such a dramatic physical change, and suggest that medical researchers should investigate whether a similar mechanism is at work in people with a form of dwarfism called hypochondroplasia, which represents about one-third of the unexplained cases of dwarfism in humans [Reuters].