Red-eyed Tree Frog Has an Eye for Camouflage 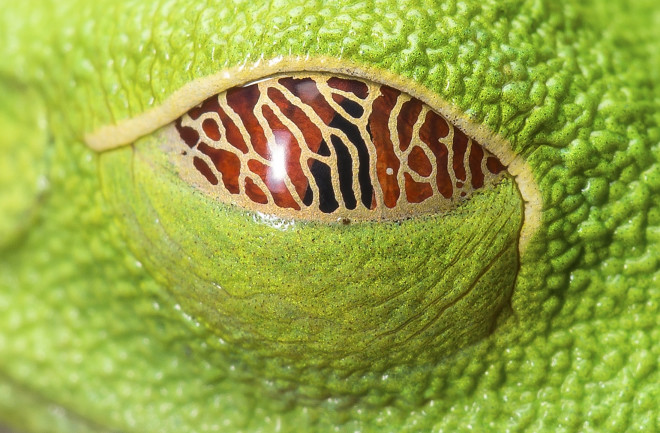 The red-eyed tree frog, as its name implies, has some pretty striking orbs. But those peepers can also be beacons for predators when the amphibian just wants to chill. So the Central America native covers its eyes with a semi-transparent lid called a nictitating membrane, which allows the tiny frog some limited vision during rest. Experts believe the membrane’s gold pattern functions as camouflage. Photographer Twan Leenders, president of New York’s Roger Tory Peterson Institute of Natural History, snapped this shot in Costa Rica. It was part of a Biology Without Borders photography exhibit at the institute late last year.