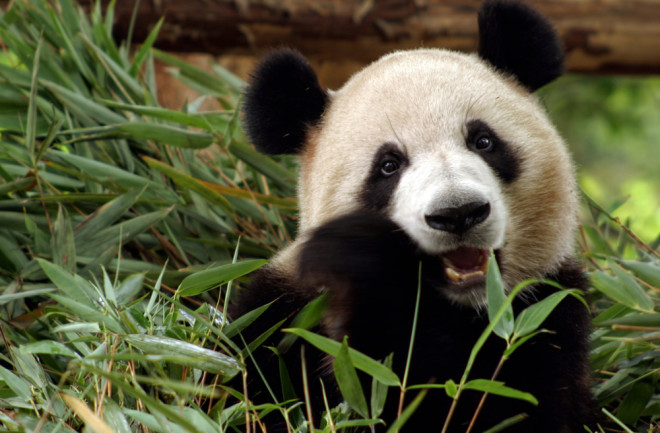 A recent study suggests that panda bears may have developed a liking for bamboo nearly six million years ago. The giant panda, Ailuropoda melanoleuca, has a unique feature with its paw that other bear species do not. Bears typically have five digits on their paws, however, the giant panda has a sixth digit on its wrist bone that acts like a thumb. This extra digit is used to maneuver and manage bamboo stalks.

Previous fossil evidence indicated that giant pandas developed this sixth digit roughly 100 to 150 thousand years ago. However, a recent study has found evidence that this is not the case.

Xiaoming Wang and colleagues from the Natural History Museum of Los Angeles County studied wrist bones from an ancestor of the giant panda, genus Ailurarctos. Experts discovered this particular fossil at Shuitangba, a mine near Zhaotong in Yunnan Province, China and it dates back to the Miocene era, approximately six to seven million years ago.

Researchers compared the unearthed wrist bone to that of a modern giant panda, A. melanoleuca and Indarctos arctoides — a bear that lived nine million years ago and may share heritage with the modern giant panda.

They found that the wrist bone of I. arctoides was larger, more round and hook-shaped, but was not like the modern giant panda or Ailurarctos. However, the wrist bone of Ailurarctos and the modern panda each had the same sixth digit, leading researchers to believe that pandas have been snacking on their favorite food for nearly six million years.

The researchers also noted that while the modern giant panda and Ailurarctos each had the extra digit, Ailurarctos’ was larger, longer and didn’t contain a hook on the end.

Researchers speculate that the hook helps modern pandas grasp bamboo and that the shorter length of the sixth digit may help with balance. They also infer that the use of this sixth digit for balance and weight-bearing may be why it never grew into a full digit.