Rat Risotto and Emu Chips: Things Not to Eat in Australia 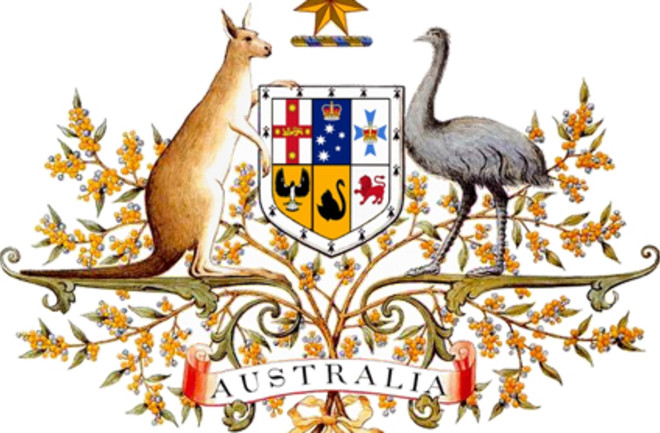 If you're planning a visit down under anytime soon, be careful what you eat. Australians are all kinds of annoyed about eating animals this week. First, an Aussie company came out with chips flavored like emu and kangaroo. I have no idea what emu and kangaroo taste like; I do know that majestic versions of these two animals adorn the national coat-of-arms. That could partially explain why an Australian scientist's proposal that people curb global warming by eating kangaroo (which don't produce the methane that cows do through burping) hasn't really taken hold. Devouring your national symbol just rubs some people the wrong way. From Reuters:

"It implies that it is perfectly OK to kill kangaroos and emus just for fun!" said one complaint.

That's not the only food-borne controversy on the island continent. Some Australians have the good sense to hate "I'm a Celebrity, Get Me Out of Here

," and not just because it's lousy reality television.

Italian chef Gino D'Acampo and British actor Stuart Manning were charged with animal cruelty after filming an episode in Australia in which they killed a rat and cooked up a tasty rat risotto. This is evidently what passes for animal cruelty down under, Reuters reports:

"The killing of a rat for a performance is not acceptable. The concern is this was done purely for the cameras," David O'Shannessy of the New South Wales RSPCA told the BBC.

The two will go to court on February 3. But for the sake of expedient justice, Australia, just go Bart Simpson on them and give 'em the boot.

(How the overblown tactics of both PETA and their opponents only hurt the animals) Image: National Archives of Australia