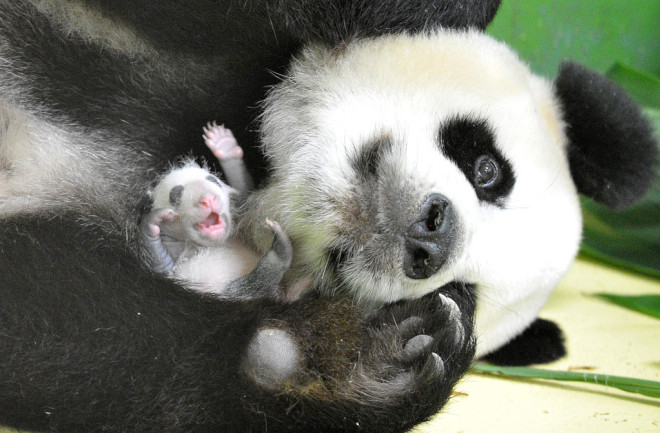 Captive giant pandas like Ju Xiao, shown here with one of the triplets she gave birth to in July, are genetically healthy, but it’s tough for her wild cousins to find a bamboo patch to call their own. | Chimelong Safari Park/Xinhua Press/Corbis

The giant panda’s star turn in animated movies and nature shows has done little to bolster its protection. Decades of logging, as well as road and railroad construction, have shrunk the bear’s habitat; just 1,596 wild pandas remain, according to the latest count. But in July, Chinese researchers reported some good news: By analyzing 240 of the iconic bears from four Chinese breeding centers — accounting for 64 percent of captive giant pandas — they found high levels of genetic diversity and little evidence of inbreeding at all but one of the facilities. “The captive population is genetically healthy,” the team wrote. But there’s a catch to releasing more pandas into the wild: There’s little room left for them. Where’s Kung Fu Panda’s Po when you need him?