Meet the man in charge of the rocks at England's only natural World Heritage Site. 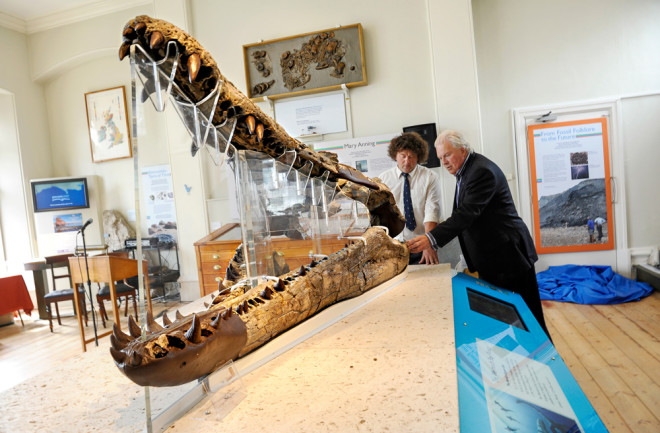 Geologist Richard Edmonds grew up fossil hunting in the seaside town of Lyme Regis, right on the Jurassic Coast. Now, as earth science manager for the World Heritage site, Edmonds works to conserve the coast and encourage science tourism in the area. Bonus: He still gets to bring home the occasional fossil.

Discover: What does an earth science manager do, exactly?

Edmonds: I’m in charge of the rocks. I’ve got to check that they’re OK. Our coastline is maintained by natural forces. If it’s falling down and eroding, we’re happy. But lots of historic villages along the coast are at risk of tumbling into the sea. My job is to find the balance, working with engineers trying to protect the buildings.

The World Heritage site’s geologic treasures span the entire Mesozoic era, from the Triassic through the Jurassic, up to and including the Cretaceous. Was it named “Jurassic Coast” just to capitalize on a certain Michael Crichton novel/Steven Spielberg movie?

E: (Laughs) Yes, though you could think of the Jurassic as the jam in the sandwich. What’s your favorite of the fossils you’ve found?

E: A crocodile skull, 75 centimeters long, from Swanage — an exquisite specimen of a new species.

Favorite thing to do on the coast?

[This story originally appeared in print as "Rock Star."]