It comes as no surprise to anyone who reads my blog regularly, follows my Twitter or Facebook feeds, or has talked with me in person lately that I'm pleased to see that Proposition 37 has failed to pass in California. I firmly believe that passing this legislation—as it was proposed—would have been a mistake. 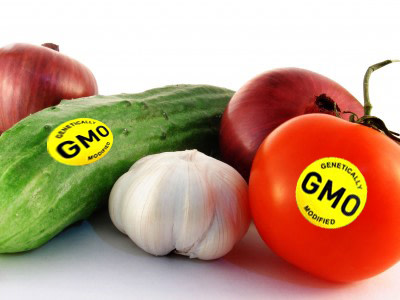 The rallying cry for supporters of this proposition has been "The Right To Know." It sounds so simple: why shouldn't people know if their food is genetically modified? What does Monsanto have to hide? But couching the issue in terms of knowledge assumes one thing: that labeling will be in any way informative. In the case of Prop 37, it simply wouldn't have been. Michael Eisen put it perfectly:

This language reflects the belief of its backers that GMOs are intrinsically bad and deserve to be labeled – and avoided – en masse, no matter what modification they contain or towards what end they were produced. This is not a quest for knowledge – it is a an attempt to reify ignorance.

The simple fact is that there is no evidence that GMOs, as a blanket group, are dangerous. There's a simple reason for this: not all GMOs are the same. Every plant created with genetic technology contains a different modification. More to the point, if the goal is to know more about what's in your food, a generic GMO label won't tell you. Adding Bt toxin to corn is different than adding Vitamin A to rice or vaccines to potatoes or heart-protective peptides to tomatoes. If Prop 37 was really about informed decisions, it would have sought accurate labeling of different types of GMOs so consumers can choose to avoid those that they disapprove of or are worried about. Instead, anti-GMO activists put forward a sloppily written mandate in a attempt to discredit all genetic engineering as a single entity. The legislation was considered so poorly worded that most Californian newspapers rallied against it, with the LA Times calling Prop 37 "problematic on a number of levels". By all means, boycott Monsanto, or any food containing their products. Despite rumors to the contrary, I do not support Monsanto in any way (nor do they, in any way, support me). Like many big companies, I think they have had shady business practices at times and are more concerned with their own bottom line than the good of the people or the environment. I've already come out strong against RoundUp Ready crops. But my lack of love for Monsanto doesn't tarnish the fact that GMOs have the potential to dramatically benefit people across the world by providing balanced nutrition and enhancing production in struggling areas. GMOs aren't inherently evil, and they have the potential to address many of the very real concerns about our current and future food supply. There's also another reason that GMOs aren't considered dangerous: decades of scientific research support their safety. As Pamela Ronald, a UC-Davis plant geneticist, phrased it last year in Scientific American: "There is broad scientific consensus that genetically engineered crops currently on the market are safe to eat. After 14 years of cultivation and a cumulative total of 2 billion acres planted, no adverse health or environmental effects have resulted from commercialization of genetically engineered crops." Or, as Ingo Potrykus, career plant scientist, put it in a review article for the Journal of Plant Biochemistry and Biotechnology, "GE-technology has an unprecedented safety record and it is far more precise and predictable than any other “traditional” and unregulated breeding technology." And, despite the call to arms against GMOs on environmental grounds, a 20 year study published in Nature found that some GM crops can actually improve biodiversity. Because Bt crops reduce pesticide spraying, scientists saw increases in populations of ladybugs, lacewings and spiders. Even more impressive, these benefits weren't just seen in Bt fields—these upsides spread to the fields near them. And it's just one of many studies refuting the ecological argument against GMOs. Based on the growing body of scientific literature, numerous scientists and scientific organizations have come out in defense of genetic engineering technologies and against labeling initiatives like Proposition 37, including the American Association for the Advancement of Science (AAAS), the American Medical Association, the National Academy of Sciences and the World Health Organization. The AAAS statement put it succinctly: "Legally mandating such a label can only serve to mislead and falsely alarm consumers." The proponents of Prop 37 sought to use rhetoric and language to sway against science. They used the word "right" to smother dissent—after all, how can anyone debate against someone's "rights"? They tried to capitalize on people's lack of knowledge of the science of genetic engineering to push their own political agenda. Instead of stimulating discussion and understanding of genetically modified foods, they sought to guilt or scare people into making rash decisions. So yes, I'm happy to see that they have failed. Californians have stood in defense of science, and should be applauded for it.