As polar bears begin their migration, learn about the ways scientists are working to protect them from climate change. 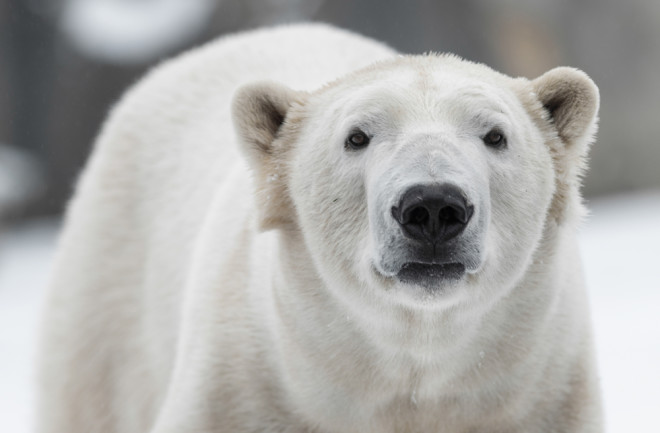 Hundreds of polar bears are making their annual voyage to Churchill, Manitoba, where they will wait for the sea ice to freeze so they can stop fasting and begin hunting seals. Their seasonal migration to the shores of Hudson Bay is celebrated each year with Polar Bear Week, set for the first week of November by Polar Bears International (PBI), a nonprofit organization dedicated to wild polar bears and Arctic sea ice.

This year’s Polar Bear Week is focused on protecting polar bears and people. During migration, ensuring the safety of the bears as well as tourists and community members is critical. To that end, scientists are testing an artificial intelligence radar system to detect bears and alert communities of their presence.

PBI also is expanding the “Polar Bear Safe Community” program – initially tested in Churchill – to Ontario. These communities work to keep bears out of towns by reducing food sources and food smells, establishing 24-hour hotlines to report bear sightings and retaining polar bear holding facilities, where bears who do come into town are temporarily but humanely held before being relocated.

PBI also is working with 3M to test a new adhesive tracking device that is less invasive than traditional collars and ear tags but will still help polar bear scientists obtain critical information such as habitat use, responses to changing sea ice conditions and population boundaries. The new technology is being tested on wild polar bears in Southern Hudson Bay in partnership with Environment and Climate Change Canada, York University and the Ontario Ministry of Natural Resources.

“We want both polar bears and people to thrive, and look forward to expanding these efforts,” said PBI Executive Director Krista Wright in a press release. “It’s important to protect the bears we have in the short-term while also looking at the bigger picture of slowing climate change to protect future generations of polar bears and people alike.”

Polar bears have become unfortunate icons for climate change, with images of these lovable animals appearing emaciated and searching for food in areas of the Arctic where sea ice is becoming more and more scarce. It’s estimated that most polar bears are likely to disappear by 2100 unless climate warming slows significantly.

The Churchill polar bears, for instance, have experienced a 30 percent decline in population since the early 1980s, according to PBI. The summer ice-free period is three to four weeks longer than it was three decades ago, making it more difficult for the bears to survive with their fat reserves.

“We must act swiftly and collectively. If greenhouse gas emissions continue as-is, the trajectory polar bears are on is not a good one … we predict most will disappear by the end of this century,” said Dr. Steven Amstrup, chief scientist at PBI, in a press release. “But it is clear that we have time to protect polar bears, in turn benefitting the rest of life on earth, including ourselves.”

How You Can Participate in Polar Bear Week

With Polar Bear Week under way, there’s no better time to learn about and advocate for these favorite Arctic animals. Here are some options:

·   Tune in to Tundra Connections, which features live webcasts about polar bears with scientists and other experts.

·   Donate to the Detect and Protect Polar Bears project.