Poisonous Seeds Can Be Turned Into Jet Fuel 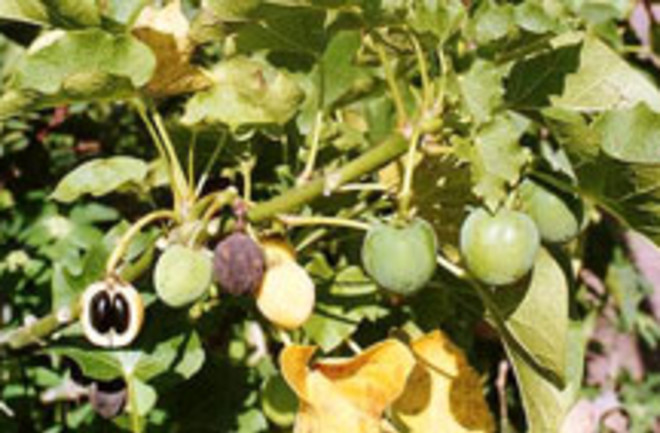 The jatropha plant has traditionally been considered a weed, and it sure grows like one--it can thrive in marginal soil, requires very little water, and needs no fertilizers or pesticides. But it's currently one of the most hyped and desired weeds on the planet, as governments and companies all clamor over its potential as a renewable energy source. Attention focuses on the shrub's poisonous seeds, which are about 40 percent oil. New Zealand's biggest airline became jatropha's latest champion yesterday when it announced its intention of processing the seed oil into diesel fuel for its jumbo jets. Air New Zealand is hoping for a test flight in August or September, when it would fill one of the four engines of a 747 with the weed-derived fuel. Eventually, the company wants to get 10 percent of its total fuel from jatropha.

Group strategy manager Abhy Maharaj said jatropha met all the airline's "non-negotiable" criteria. It was cheaper than traditional jet fuel, emitted less carbon dioxide and was socially responsible - it was grown on land unsuitable for food crops, which had not been forest land for at least 20 years [The New Zealand Herald].

In a biofuel market that is diversifying wildly, many different plants and fuel-producing techniques have been proposed as the answer to the world's energy problems. But many analysts believe jatropha has an advantage in the crowded marketplace because it can be produced quite cheaply. It could cost an estimated $43 a barrel, or about one-third of Wednesday's closing price of $122.30 for a barrel of crude oil.

The test flight is particularly noteworthy because it will come at a time when ethanol and other biofuels have come under increasing scrutiny because of their side effects. Production of ethanol has been blamed for corn shortages that have contributed to higher food prices. Other biofuels have been blamed for deforestation and contributing to global warming [Los Angeles Times].

The so-called wonder plant grows in warm climates around the world, and some developing nations view jatropha as the economic opportunity they've been waiting for. A Mozambican company is working with a Canadian firm on a jatropha plantation and processing plant, while plantations in Nigeria and the Philippines are also in the works.

Air New Zealand is hardly the only airline experimenting with greener fuel. In February, Virgin Atlantic used a fuel derived from coconut oil on an exhibition flight from London to Amsterdam, and the Dutch airline KLM is working on a biofuel made from algae. Image: Wikimedia Commons