Pocket Science - geneticist hunts down the cause of his own genetic disorder, and male moths freeze females by mimicking bats

Not Exactly Pocket Science is a set of shorter write-ups on new stories with links to more detailed takes by the world's best journalists and bloggers. It is meant to complement the usual fare of detailed pieces that are typical for this blog.

Geneticist sequences own genome, finds genetic cause of his disease 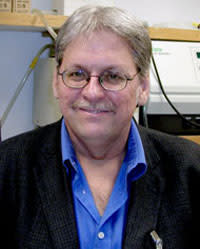 If you've got an inherited disease and you want to find the genetic faults responsible, it certainly helps if you're a prominent geneticist. James Lupski (right) from the Baylor College of Medicine suffers from an incurable condition called Charcot-Marie-Tooth (CMT) disease, which affects nerve cells and leads to muscle loss and weakness.

Lupski scoured his entire genome for the foundations of his disease. He found 3.4 million placed where his genome differed from the reference sequence by a single DNA letter (SNPs) and around 9,000 of these could actually affect the structure of a protein. Lupski narrowed down this list of candidates to two SNPs that both affect the SH3TC2 gene, which has been previously linked to CMT. One of the mutations came from his father and the other from his mother. Their unison in a single genome was the cause of not just Lipson's disease but that of four of his siblings too.

It's a great example of how powerful new sequencing technologies can pinpoint genetic variations that underlie diseases, which might otherwise have gone unnoticed. The entire project cost $50,000 - not exactly cheap, but far more so than the sequencing efforts of old. The time when such approaches will be affordable and commonplace is coming soon. But in this case, Lupski's job was easier because SH3TC2 had already been linked to CMT. A second paper tells a more difficult story.

Jared Roach and David Gallas sequenced the genomes of two children who have two inherited disorders - Miller syndrome and primary ciliary dyskinesia - and their two unaffected parents. We don't know the genetic causes of Miller syndrome and while the four family genomes narrow down the search to four possible culprits, they don't close the case.

For great takes on these stories and their wider significance, I strongly recommend you to read Daniel Macarthur's post on Genetic Future, Mark Henderson's piece in the Times and Nick Wade's take in the NYT (even if he does flub a well-known concept). Meanwhile, Ivan Oranksy has an interesting insight into the political manoeuvres that go into publicising two papers from separate journals. And check out this previous story I wrote about how genome sequencing was used to reverse the wrong diagnosis of a genetic disorder.

Flying through the night sky, a moth hears the sound of danger - the ultrasonic squeak of a hunting bat. She freezes to make herself harder to spot, as she always does when she hears these telltale calls. But the source of the squeak is not a bat at all - it's a male moth. He is a trickster. By mimicking the sound of a bat, he fooled the female into keeping still, making her easier to mate with.

The evolutionary arms race between bats and moths has raged for millennia. Many moths have evolved to listen out for the sounds of hunting bats and some jam those calls with their own ultrasonic clicks, produced by organs called tymbals. In the armyworm moth, only the males have these organs and they never click when bats are near. Their tymbals are used for deceptive seductions, rather than defence.

Ryo Nakano found that the male's clicks are identical to those of bats. When the males sung to females, Nakano found that virtually all of them mated successfully. If he muffled them by removing the tymbals, they only got lucky 50% of the time. And if he helped out the muted males by playing either tymbal sounds or bat calls through speakers, their success shot back up to 100%. Nakano says that this is a great example of an animal evolving a signal to exploit the sensory biases of a receiver.

More on bats vs. moths from me