Plastic Is More Biodegradable Than We Thought. (That's Bad.) 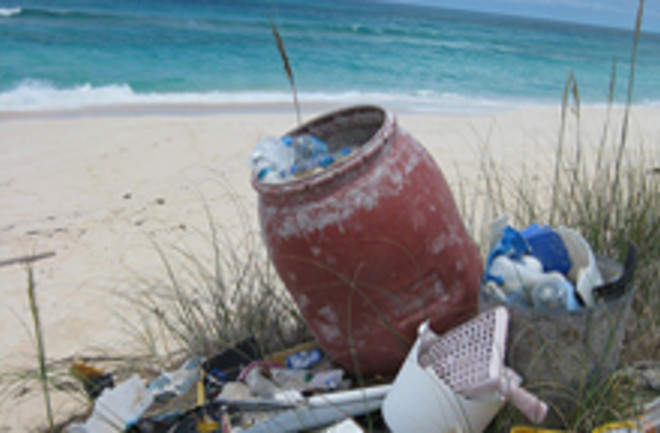 Here's the good news: Plastic may break down in the ocean in as little as a year, not 500 to 1,000 years as scientists previously thought. Now, the bad news: This degradation could be releasing harmful compounds such as bisphenol A (BPA) into the ocean, according to research presented at the American Chemical Society meeting on Wednesday. Ocean-borne plastic, such as that in the vast Great Pacific Garbage Patch, has traditionally been viewed as an environmental hazard due to the danger it can pose to sea life and birds. But to find out more about how plastic behaves when in the ocean, researchers acquired water samples from Japan, India, Europe, the United States, and other locations. The results?

All the water samples were found to contain derivatives of polystyrene, a common plastic used in disposable cutlery, Styrofoam, and DVD cases, among other things [National Geographic News].

In another experiment simulating the breakdown of plastic in the ocean, researchers

"found that plastic in the ocean actually decomposes as it is exposed to the rain and sun and other environmental conditions, giving rise to yet another source of global contamination that will continue into the future" [BBC]. As the plastic breaks down, it releases BPA, a compound shown to throw off rats' hormone systems, along with another potentially harmful substance called styrene trimer. The toxins could not only pose a threat to marine life, but also to humans who eat seafood.

Still, some experts wonder if all of the ocean's plastic really dissolves, since much of it may sink into the depths of the oceans where the water is generally calm, dark, and cold. For example, the plastic polystyrene is heavier than water, so it sinks.

pollution expert Joel Baker contends that the chemical releases are insignificant compared to the amount of water in the oceans. While he agrees that the plastic garbage in the ocean should be cleaned up,