Plants Repel Bacteria's Assaults by Spying on Their Chatter

Researchers discover an impressive ability never seen in plants before. 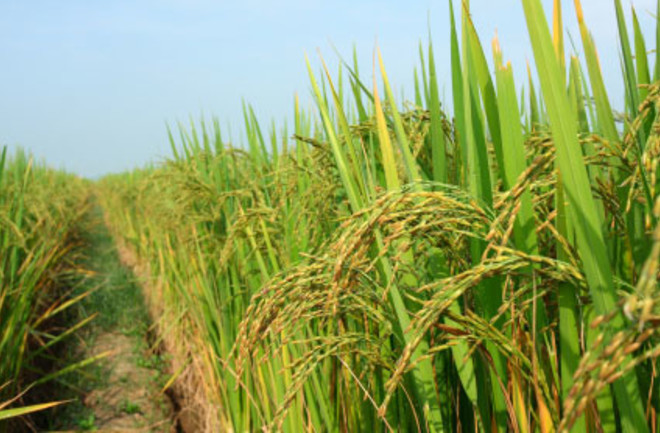 Some rice plants have evolved a leg up on their microbial adversaries by breaking the chemical code bacteria use to communicate. | iStockphoto

Bacteria are quite the talkers. Lying low inside their hosts, they scheme up attacks through coded biochemical messages that are largely imperceptible to the immune systems of plants and animals. But in December researchers published the first evidence that some plants have broken the code, allowing them to listen in on chatter and thwart infection.

Evidence for this reconnaissance emerged in 2009, when University of California, Davis, plant pathologist Pamela Ronald discovered a bacterial protein called Ax21 in some strains of rice. Whenever Ax21 was present, the plants flooded their tissues with antibacterial chemicals. The mere presence of an immunity-inducing protein like Ax21 was not that unusual—the immune systems of most organisms identify a microbial intruder through proteins protruding from its outer membrane. But last year Ronald discovered that Ax21 is not part of the bacterial cells themselves. Instead, it is a secreted chemical rallying cry. When Ax21 chatter reaches a certain level, the microbes pack into a thin layer called a biofilm that protects them from immune defenses and many antibiotics. These rice plants are the only known organisms able to intercept the messages and act before the bacteria can form their biological bunker.

Ronald’s discovery may spark similar finds. University of North Carolina plant immunologist Jeff Dangl says plants have many immune receptors with unknown functions: “There may be a vast listening apparatus just waiting to be discovered.”