Peering Inside a Tardigrade 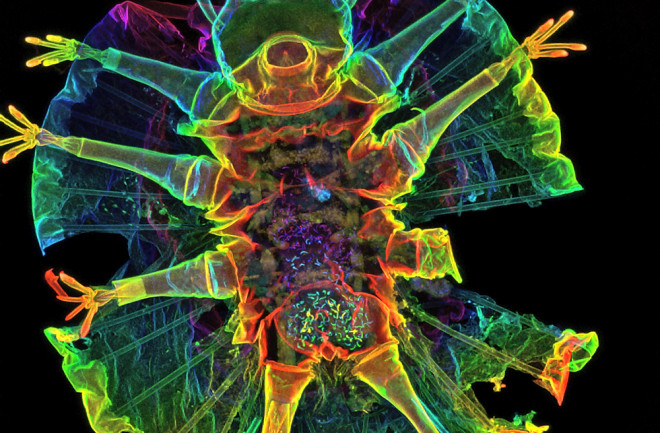 The marine tardigrade (Actinarctus doryphorus ocellatus) is also known as a water bear or moss piglet, names that suggest size and heft. But this creature measures less than a millimeter long.

The hardy tardigrades mostly inhabit freshwater environments and can survive in many places, from Antarctica to rainforests.

To determine the animal’s position on the phylogenetic tree of life, researchers at the University of Hamburg-Zoological Museum Hamburg in Germany homed in on its nervous system and musculature, systems that may reflect evolutionary paths. Until this imaging, tardigrades were classified using external characteristics, leaving many questions unanswered.

To get the best view, the team used a confocal laser scanning microscope, which creates sharply defined photographs with a shallow field of focus. Stacking several photographic layers, each assigned a different color, they obtained this well-defined image of the entire animal.