Our Ancient Cousin "Nutcracker Man" Actually Ate Like a Cow: Lots of Grass 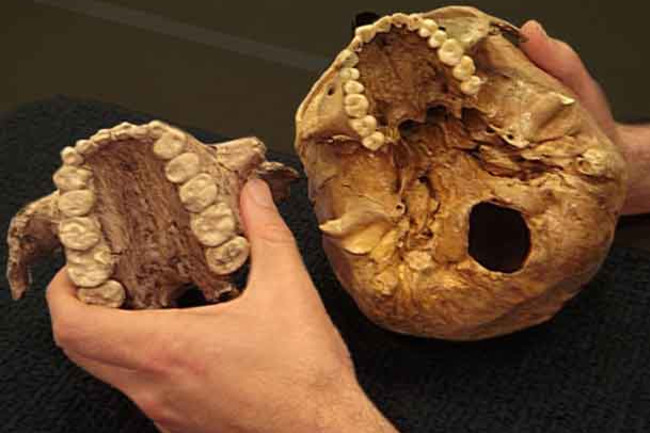 What's the News: It turns out that the strong-jawed, big-toothed human relative colloquially known as "Nutcracker man" may never have tasted a nut. In a finding that questions traditional ideas of early hominid diet, researchers discovered that Paranthropus boisei, a hominid living in east Africa between 2.3 and 1.2 million years ago, mostly fed on grasses and sedges. "Frankly, we didn't expect to find the primate equivalent of a cow dangling from a remote twig of our family tree," researcher Matt Sponheimer told MSNBC.How the Heck:

The Future Holds: This study calls into question the nut-eating habits of the genus Australopithecus too, so now researchers want to use the same technique to see if the isotopes measure up. Reference: Thure E. Cerling et al. "Diet of Paranthropus boisei in the early Pleistocene of East Africa." PNAS. doi: 10.1073/pnas.1104627108 Image: Melissa Lutz Blouin/University of Arkansas

How Did Belief Evolve?