A new satellite imaging technique is helping to reveal the scale of the methane leak problem. 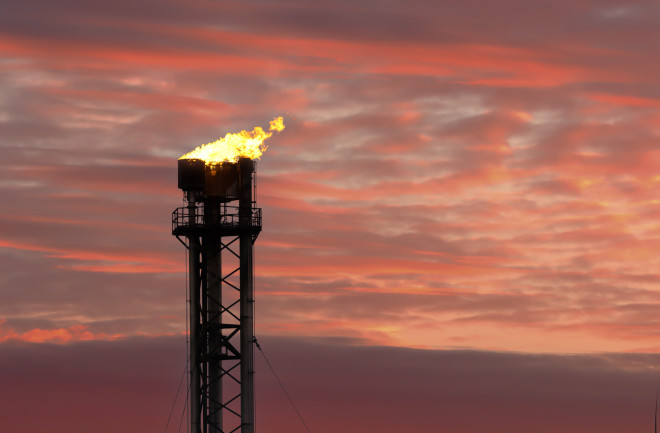 Methane is a powerful greenhouse gas, some 80 times more potent than carbon dioxide. By some estimates, about a quarter of the global warming we see today is caused by methane released by humans.

That’s why methane leaks are a significant problem, particularly those from the natural gas industry where accidental emissions are common.

The first step in tackling this problem is to measure it; to map the emissions and find out how much methane is leaking. To that end, the European Space Agency and NASA have a variety of remote sensing satellites that can spot methane leaks across the globe at various resolutions.

However, this system is far from perfect. Methane monitoring on this scale reveals large leaks but not with the required resolution to pinpoint the source, particularly in regions where gas production is densely packed. Neither do these satellites detect the far more numerous smaller leaks.

There are higher resolution satellites and aircraft monitoring programs but these cannot monitor specific areas for long periods of time. That leaves all kinds of gaps in our knowledge of the scale of methane pollution. What atmospheric scientists desperately need is a way of extrapolating the data to fill the gaps in this picture.

Now Thibaud Ehret at the University of Paris-Saclay in France and colleagues have demonstrated how this can be done. These researchers have combined the data at different scales to show that the size of methane emissions follows a power law. Since the observed data follows this law, they use the same law to infer what unobserved emissions must also be occurring. And that provides a new way to assess the problem.

Methane absorbs infrared radiation, so its presence is relatively easy to see at these wavelengths. Some older satellites image the earth in the infrared, even though they were not designed to spot methane. And recently, researchers have developed various image processing techniques for revealing methane concentrations in these data sets.

Ehret and co use these techniques to extract methane emission data from on ESA’s Sentinel 2 and NASA’s Landsat 8 satellites, which have been observing Earth since 2015 and 2013 respectively. In fact, the team analyze data gathered between November 2017 and June 2021.

The results are something of a shock. The images map large scale methane leaks across Europe, Asia and America at a resolution of about 10 kilometers. The team found 792 methane plumes from 86 locations, most of them in just three countries—Algeria, Turkmenistan and the United States.

The team analyzed whether the emissions were one-offs or repeated and found that 68 per cent were recurrent. “This means that these events are likely not due to an unexpected major incident and could probably be avoided with a better monitoring and maintenance of oil and gas facilities,” they say.

They say the largest emissions come from Turkmenistan and lowest from Algeria with the US at an intermediate level. “Noticeable differences in leaks magnitudes suggest large differences in maintenance practices and infrastructures across countries,” say the researchers.

In one infamous case, a single methane leak from the western Texas and New Mexico area lasted for two months and released over 16,000 tons of methane into the atmosphere.

Ehret and co combined their new data with methane images from the more modern Sentinel 5P satellite and from several airborne surveys, which can spot smaller scale leaks with higher resolutions. Together this dataset maps methane leaking at rates ranging from a few tons to dozens of tons per hour.

This combined data set reveals the power law distribution of methane leak sizes, in which there are many small leaks and just a few large ones. Since satellite images generally reveal only large leaks, this allows researchers to accurately infer the much larger number of smaller leaks that must be ongoing but not detectable.

That’s a significant step forward that should lead to an improved understanding of how much methane the oil and gas industry is emitting into the atmosphere and should help to galvanize efforts to prevent this in future.

A big focus in many countries is in converting power stations from burning coal to gas. The thinking is that gas burns more cleanly and efficiently than coal and so produces fewer greenhouse gases for the same amount of energy. The idea is to use this transition as a stepping-stone towards carbon neutral power.

However, this thinking does not take methane leakage into account. Some calculations suggest the magnitude of methane leakage could negate the advantage over coal that natural gas provides. If so, we’re heading for a climate catastrophe. This new data set will help solve this conundrum.

These are the kinds of messy details the world must resolve quickly if global warming is to be stopped in time to prevent catastrophe. Time is not on our side.