Not Exactly Pocket Science - panic aboard the Titanic, the rise of polar bears and emasculated frogs

I'm trying something new. Right from the start, I've always tried to write fairly long and detailed write-ups of new papers but this means that on any given week, there are always more stories than time and my desktop gets littered with PDFs awaiting interpretation.

So, I'm going to start doing shorter write-ups of papers that don't make the cut, linking to more detailed treatments on other quality news sources. This is something that I hope science journalists will do more of. It stems from a Twitter conversation where I asked if I should (a) write up short versions of these stories, (b) ignore them, or (c) link to other pieces. People chose a combo of A and C. And if we're being honest, I was really pleased with "Not Exactly Pocket Science" and the name needed a feature to go with it!

These shorter pieces will still be written from primary papers rather than press releases or existing news stories. Give me feedback. Do these add to the NERS experience, or do short articles go against what you expect of this blog? And also let me know if you find better pieces on the same stories, or you don't like the ones I've linked to. Let's turn NEPS into a way of highlighting good journalism elsewhere on the web too.

Panic on a sinking ship - Titanic vs Lusitania

In 1912, the Titanic famously sank after colliding with an iceberg. Three years later, the Lusitania also met the ocean floor thanks to torpedoes from a German U-boat. Both ships had similar proportions of crew and demographics of passengers. Neither had enough lifeboats and as a result, only about a third of the passengers on either vessel survived. Over a thousand people died in each tragedy. But Bruno Frey thinks that differences in the type of people who died tell us something about human behaviour under crisis situations. The key factor, he thinks, is time.

The Titanic sank in a leisurely 2 hours and 40 minutes, with plenty of time for social norms to influence who made it onto the lifeboats. The Lusitania went under in just 18 minutes, creating a situation where it was literally every man for himself. In both cases, the captains told crew to save "women and children first". But their orders were only deferred to on the Titanic, where women and children were indeed more likely to survive than other passengers. On the Lusitania, people aged 16-35 (their supposed physical prime) were around 10% more likely to survive than other age groups. Likewise, first-class passengers had higher odds of survival aboard the Titanic, when class issues had enough time to manifest themselves but they actually fared worse than the third-class passengers on the Lusitania.

I usually enjoy attempts to view history through a scientific lens, but in this case, it's difficult to see how much you could really tell from two data points though. Grey's data are certainly consistent with the hypothesis that selfish behaviour is more likely to emerge in crises that unfold more quickly. But so many other factors could have influenced the outcomes - the structure of the ship, the fact that the Lusitania sank during war-time, the fact that they probably knew about the events aboard the Titanic, different perceptions of the odds of rescue, and so on. Indeed, Grey mentions all of these and says that, "There can be no absolute proof of the hypothesis that only time led to such behavioural differences. Ideally, more observations (comparable shipwrecks) are needed to better isolate the potential relevance of time."

More from Mark Henderson at the Times

and Jeff Wise at the Extreme Fear blog

Jawbone reveals the rise of the polar bear 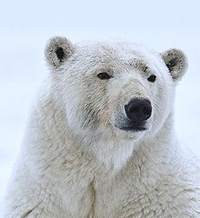 A lots ofnewscoverage is devoted to discussing the fate of polar bears, but it's their origins that are now getting some attention. A new fossil jaw from Svalbard gave Charlotte Lindqvist the opportunity to trace the history of climate change's flagship species. Polar bears live and die on sea ice, their remains either sink without a trace or are scavenged, so every new fossil is an exciting find. The new jawbone is approximately 130,000 to 110,000 years old but Lindqvist managed to extract enough DNA from it to sequence the genome of its mitochondria - small power plants within every animal cell, each containing their own genome.

She also sequenced extra mitochondrial genomes from two living polar bears and four brown bears from different areas. A family tree built from these sequences revealed that the jawbone's owner was remarkably similar to the last common ancestor of brown and polar bears, sitting just at the point where the two lineages diverged. By analysing the carbon isotopes of the fossil's canines, Lindqvist deduced that this ancient bear ate sea-going mammals just like its modern cousins do.

Together, this single bone paints the portrait of an evolutionary success story. Within 10,000-30,000 years of their split from brown bears, the polar bears had adapted magnificently to their frosty kingdom and risen to the rank of top predator. Within the next 100,000 years, they had spread across the entire polar realm. As Lindqvist says, they're "an excellent example of "evolutionary opportunism". Whether they'll be swift enough to cope with the current changes to their habitat is another matter.

More from Brandon Keim at Wired 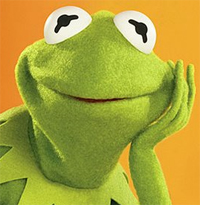 Their testicle shrinks, their testosterone depletes, their sperm count falls, and they stop trying to have sex. Becoming emasculated and impotent isn't a pretty fate for a male frog, but thanks to a pesticide called atrazine, it could be a common one. Atrazine is an "endocrine disruptor", a substance that mimics the effects of sex hormones in the body. Tyrone Hayes has found that it can chemically castrate male African clawed frogs.

Around 10% of the animals actually became fully functional females despite being genetically male. They could even mate with other males to produce viable eggs (albeit ones that only hatched into genetic males). In others, the changes were less drastic but they were still feminised enough to seriously affect their odds of mating successfully. This isn't the first time that atrazine has been linked to feminised frogs and according to previous studies, it affects other groups of animals, from salmon to crocodiles, in the same way. In these species, atrazine switches on the manufacture of aromatase, an enzyme that, in turn, stimulates the production of oestrogen. This flood of hormone may also be behind the feminised Kermits.

Frogs and other amphibians are particularly vulnerable to chemicals like atrazine because of their absorbent skins. Indeed, Hayes emasculated his frogs with just 2 parts per billion of atrazine, a dose that animals would frequently encounter in contaminated areas, and well within levels occasionally found in rainfall. Because of the environmental risks, atrazine was banned in the EU in 2004, but the US still sprays 80 million pounds of this persistent chemical every year. Obviously, this study didn't assess the impact that the chemical could have on frog populations but there's every reason to suspect it as a "contributor to global amphibian declines".