The recently discovered species, Baletemys kampalili, gets its name from Danny Balete, the late biologist who identified it. 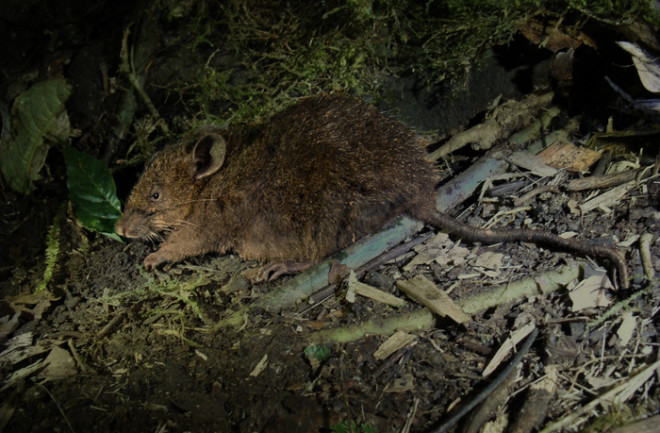 (Credit: Danny Balete) Photograph of the holotype of the newly discovered mouse.

A shrew-like mouse species recently discovered in the mountains of the Philippines may play a vital role in the survival of the endangered Philippine Eagle. The new species (Baletemys kampalili) is named Balete’s mouse after Danilo (Danny) Balete, the late biologist who discovered it.

Like the Amazon Rainforest and the Great Barrier Reef, the mountains of the Philippines are full of biodiversity. The dense jungle around the mountains is the perfect habitat for animals and other organisms to thrive.

“In the past several decades, we’ve learned just how incredibly important the Philippines are in terms of being home to mammals that are found nowhere else, and a lot of that knowledge can be traced back to fieldwork led by Danny Balete,” says Larry Heaney, curator of mammals at Chicago’s Field Museum and senior author of the paper describing the new mouse in the Journal of Mammalogy, in a press release.

Because the mountains are so high, temperatures are cooler and the climate wetter. It’s difficult for small mammals, like mice, to travel from one mountain range to the other, so they tend to stay isolated on a specific mountain — making it possible for new species to evolve.

“The taller and the bigger the mountain range, the more species of mammals will be living there that don't live anywhere else in the world,” says Heaney in a press release.

Heaney had worked with Balete for 25 years until his untimely death in 2017. Balete was highly regarded by his colleagues and friends.

“He was just a superb field biologist. Danny could identify every plant, every frog, every bug, everything that you encountered, it was just astounding,” says Heaney in a press release.

While searching for these small mammals, however, Balete and his team discovered a dark brown, shrew-like mouse. With a tapering nose and small eyes, Balete noticed that it looked a lot like the mice on Luzon, an island that is 100 miles away.

After sending three mouse specimens to the Field Museum for DNA analysis, it was confirmed that Balete had discovered a new species.

“That DNA study demonstrated that the new mouse was not related to the species up in the northern Philippines, but instead was related to species from Mindanao. It appears to be a remarkable case of what biologists call convergence –- distantly related species that have independently evolved to resemble each other in ways that allow them to use habitats and resources in similar ways,” says Dakota Rowsey, the study’s first author, vertebrate collections manager at Arizona State University, in a press release.

The new species is an important factor in understanding the diverse life in the Philippines. A new species could strengthen conservation efforts for the eagles that make Mount Kampalili their home.

“It’s really important to show that when we protect one species, like the magnificent Philippine Eagle, we protect not only our unique biological wealth but our cultural heritage as well,” says Jayson Ibanez, coauthor and research and conservation director for the Philippine Eagle Foundation, in a press release.

Balete’s mouse and the Philippine Eagle share their home with the Indigenous Mandaya group of Mount Kampalili. “Indigenous peoples get very excited whenever they learn that they share their homeland with a totally unique lifeform. And in this case, when we help protect Mount Kampalili, we also protect the primary watershed, airsheds, and biocultural sanctuaries for much of southeastern Mindanao, giving huge benefits to all the people who live here,” says Ibanez, in a press release. “With all of the threats from watershed destruction and climate change, we need all the help we can get.”