: Archeologists have discovered thousands of stone tools in Texas that are over 15,000 years old. The find is important because it is over 2,000 years older than the so-called Clovis culture, which had previously thought to be the first human culture in North America. As Texas A&M University anthropologist Michael Waters says, "This is almost like a baseball bat to the side of the head of the archaeological community to wake up and say, 'hey, there are pre-Clovis people here, that we have to stop quibbling and we need to develop a new model for peopling of the Americas'." How the Heck: 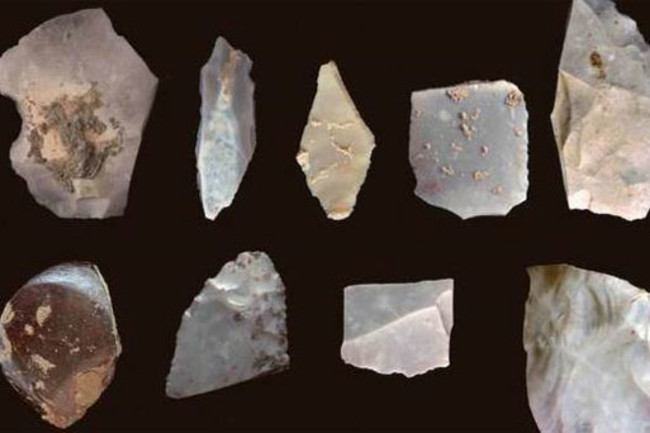 The Future Holds: Now it's time for archeologists to rethink the North American narrative of migration: How did humans first populate the continent? As James Adovasio, the executive director of the Mercyhurst Archaeological Institute, told NPR, "Everything we're learning now, from genetics, from linguistic data, from geological data, from archaeological data, suggests that the peopling process is infinitely more complicated than we might have imagined 50 years ago, or even 20 years ago." Reference: The Buttermilk Creek Complex and the Origins of Clovis at the Debra L. Friedkin Site, Texas. By Michael R. Waters et al. DOI: 10.1126/science.331.6024.1512